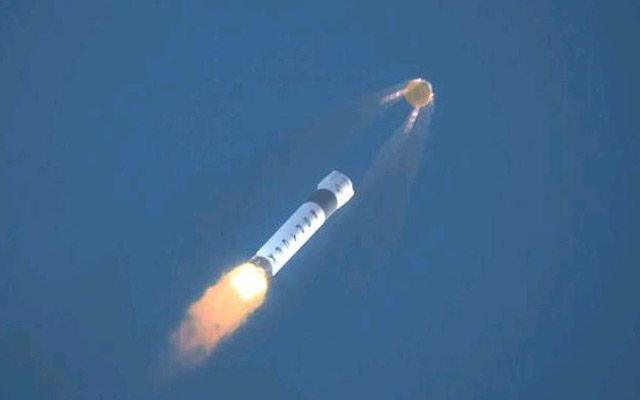 With Elon Musk at the helm SpaceX has come a long way in its short history. While all of SpaceX’s missions have gone exceedingly well there could come a time, and we should expect it, when unforeseen events might occur, threatening the lives of astronauts.

Back in 2011 NASA awarded SpaceX $75 million, as part of a $2.6 billion contract, to develop a new and revolutionary “launch escape system”. This week’s test is the culmination of four years of research and development efforts.

In space launch history when there have been serious malfunctions they have frequently led to fatalities. But some safeguards are nearly always built in to every rocket and spaceship going back to the Mercury and Apollo Launch Abort Systems. But these systems don’t usually help astronauts once they have left the launchpad. An exception was the Gemini capsule which had ejection seats. If all goes well on Wednesday SpaceX will test the Launch Escape System by launching a crew capsule from Cape Canaveral.

SpaceX’s Hans Koenigsmann, VP for mission assurance recently discussed the Dragon V2 spaceship escape system. According to Koenigsmann the test will last just a minute and a half with the capsule traveling 4,500 feet high and 6,000 feet east over the Atlantic Ocean.

The capsule will be outfitted with sensors and cameras and contain a crash dummy named “Buster”. The test will include eight SpaceX SuperDraco engines that are built into the sidewalls of the Dragon spacecraft that will provide 120,000 pounds of thrust to carry astronauts to safety. These engines will propel the astronauts up and away from the rockets beneath them and bring the capsule, Buster inside, to a safe landing in the ocean.

The integrated escape system developed by SpaceX is returned each mission with the capsule, is reusable and is expected to be well worth the cost.