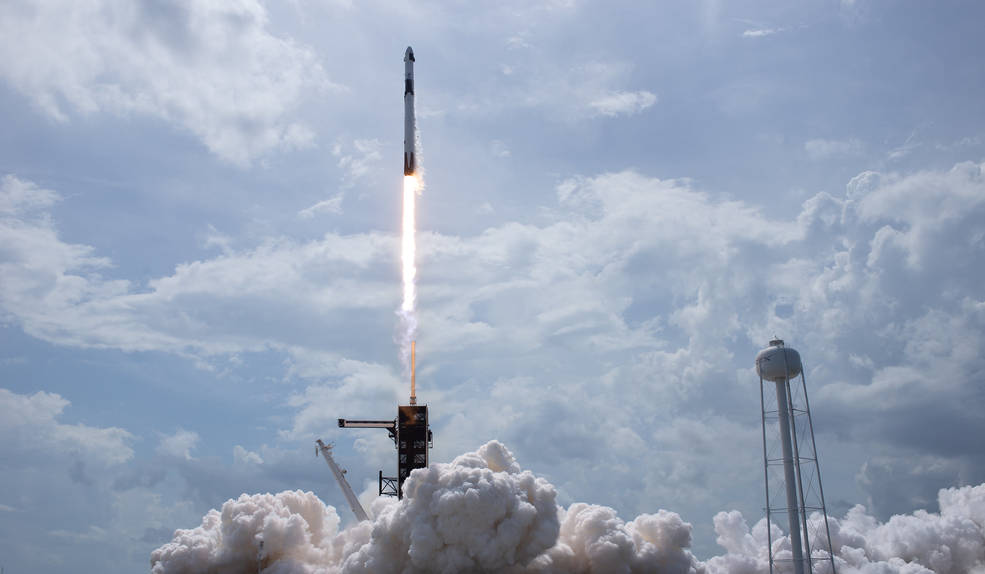 Elon Musk’s ‘SpaceX’ company made a history by launching the first astronauts into space from US soil in nine years.

NASA astronauts Robert Behnken (49) and Douglas Hurley (53) were lifted off at 3:22 p.m. EDT Saturday in the SpaceX Crew Dragon spacecraft.  Equipped with the company’s Falcon 9 rocket, it lifted off from Launch Complex 39A at NASA’s Kennedy Space Center in Florida.

SpaceX mission control told the two astronauts minutes before launch, “Bob, Doug, on behalf of the entire SpaceX team, it’s been a huge honor getting you ready for today’s historic mission,” “Have an amazing flight and enjoy those views of our beautiful planet.”

After spending about 19 hours aboard, spacecraft is expected to dock with ISS at 10:29 a.m. ET on 31st May.

After reaching orbit about 12 minutes into the flight, crew said, “It was incredible. Appreciate all the hard work. Thanks for the great ride to space,”

Almost after nine years since the Space Shuttle Program ended in 2011, US have launched its own astronauts into space. From then onwards, NASA’s astronauts have had to hitch rides into orbit aboard Russia’s Soyuz spacecraft. Those seats have cost NASA as much as $86 million each.