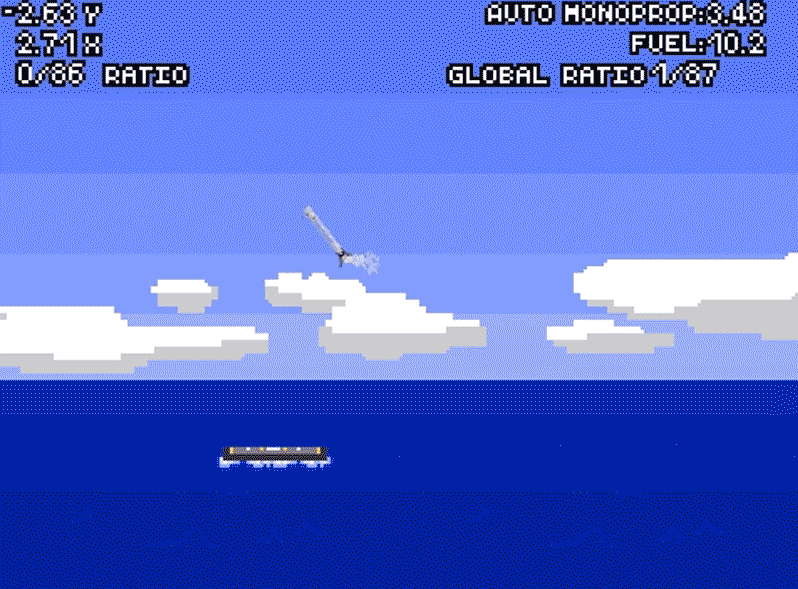 Scratch via The Daily Dot

There’s a new flash game making the rounds based off of SpaceX’s attempt to land one of their rockets on a floating barge in the middle of the ocean.

It turns out it’s just as hard to land a rocket on a barge in a game as it is in real life. Well… maybe not as stressful and as much money involved as in real life, but still as frustrating and seemingly difficult as hell.

SpaceX Falcon 9 Lander will have you attempting to perfectly balance thrust, rotation, descent, and your remaining fuel in order to guide your rocket onto the barge, many times to no avail.

If you want to play the role of Elon Musk and put your brains behind landing a Falcon 9 rocket, this is your chance.

Only, you don’t stand to lose millions upon millions of dollars every time your calculations and attempts fail.