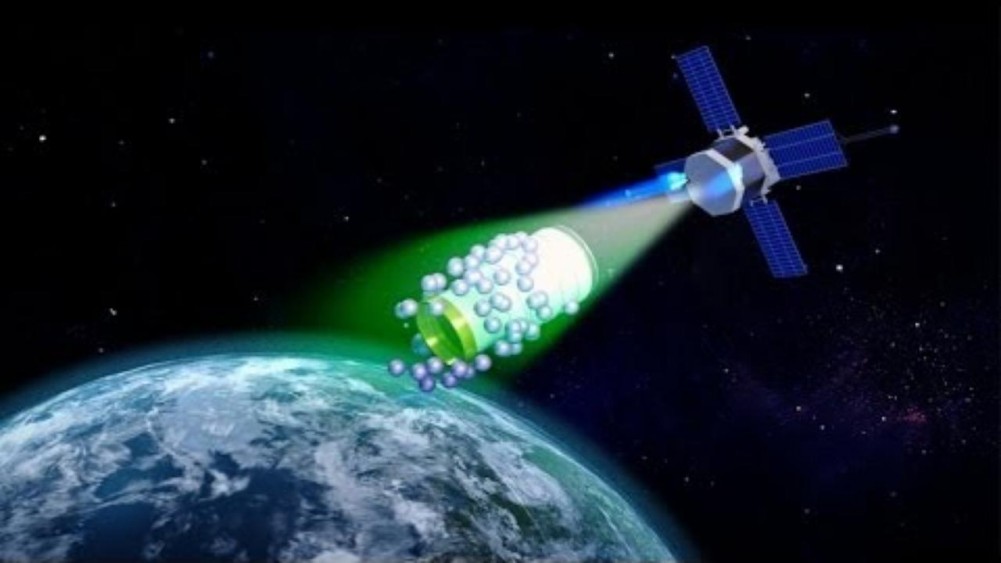 As has been widely reported, Earth’s geostationary orbit belt is filled with communication and science satellites. Lockheed Martin and Electro Optic Systems (EOS) have teamed up to create a space debris tracking system. NASA is considering a space junk zapping laser cannon and Pac-Man like devices. All this while space is likely to become militarized in the coming decades.

Come what may, when a satellite reaches the end of its useful life or breaks down, it is taking up valuable space in geostationary orbit. Sometimes satellites lose orbit control and drift in unpredictable ways as they are influenced by lunar and solar radiation. In these cases, there is the possibility of interfering with or damaging other valuable satellites.

To date, the typical end-of-life plan for satellites is to retain enough fuel to push it from geostationary orbit so that it will burn up as it falls into Earth’s atmosphere. But the cost of launching this extra fuel adds to overall satellite mass and mission costs and often, due to unpredictable events that may occur during the lifetime of the satellite, use up fuel intended for end-of-life maneuvers.

Researchers at the University of Colorado’s Aerospace Engineering Sciences Department, led by Hanspeter Schaub, have been researching the use of electrostatic force for objects that are above 35,000 km from the earth. Schaub has designed the Geosynchronous Large Debris Reorbiter (GLider), pictured above, that would never get more than 15 to 25 m from the debris it is moving. Details of the technology are available in the US Patent Application.

The following video shows the process of capturing and disposing of defunct satellites without ever coming into contact with them.