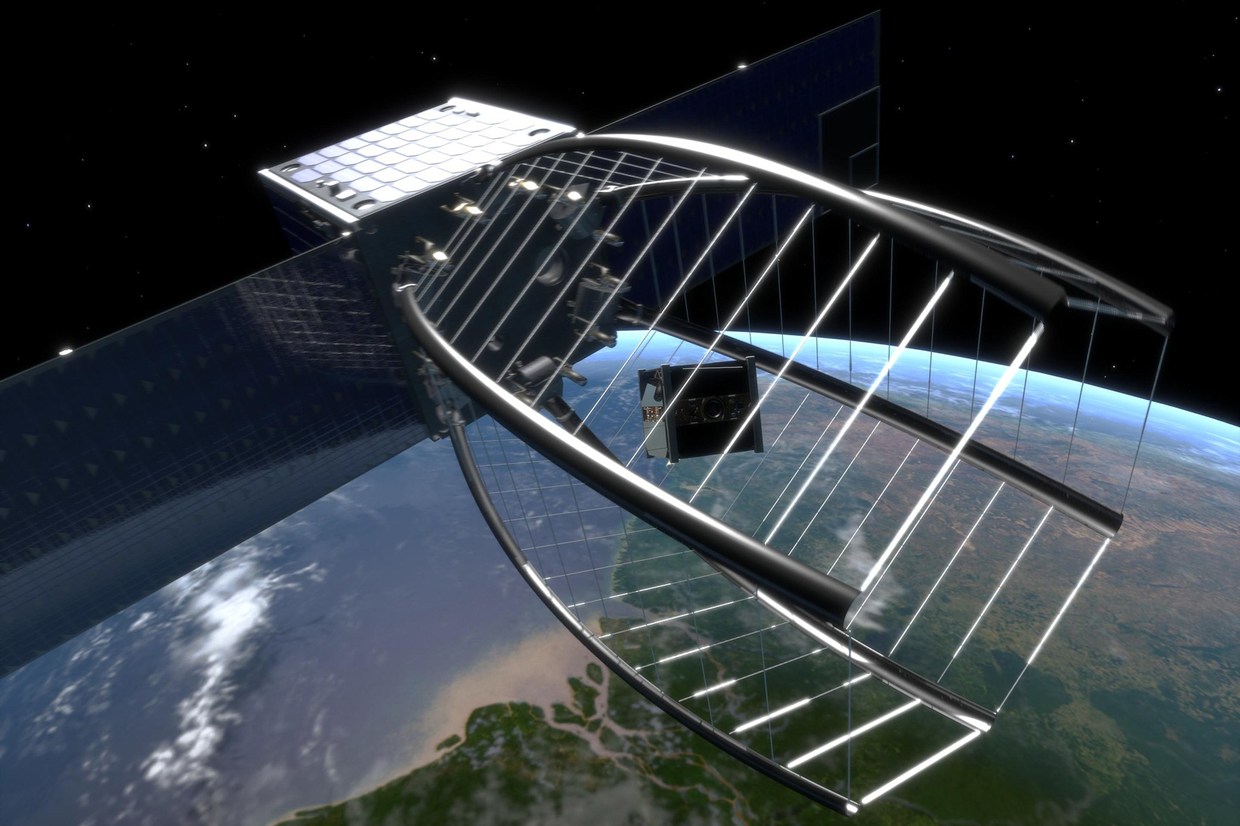 Space debris or space junk can cause damage to space vehicles, the International Space Station, space shuttles, and other spacecraft with humans aboard.

As per NASA’s records, more than 500,000 pieces of debris are tracked as they orbit Earth, and this debris travels at speeds up to 17,500 mph, which is fast enough to harm a satellite or a spacecraft. To solve this problem, Sweden’s EPFL Center for Space Engineering is launching a new round of satellites, with the goal to scoop up space junk. After considering different systems, the EPFL has settled on a “Pac-Man” solution that will capture space debris using a conical net.

EPFL’s CleanSpace One satellite will be used to capture and destroy an old SwissCube satellite, which has been orbiting Earth for more than five years. The satellite and its useless cargo will be sent back toward Earth’s atmosphere. During its descent back to Earth, it will burn up at re-entry temperatures of over 1,832 degrees Fahrenheit (1,000 degrees Celsius). Researchers say that the operation is very tricky, even finding the miniature four inch-cubed satellite that weighs just 820 grams is going to be very difficult.

The system has now passed the prototype phase and researchers are hopeful to launch the space junk collection satellite by 2018.