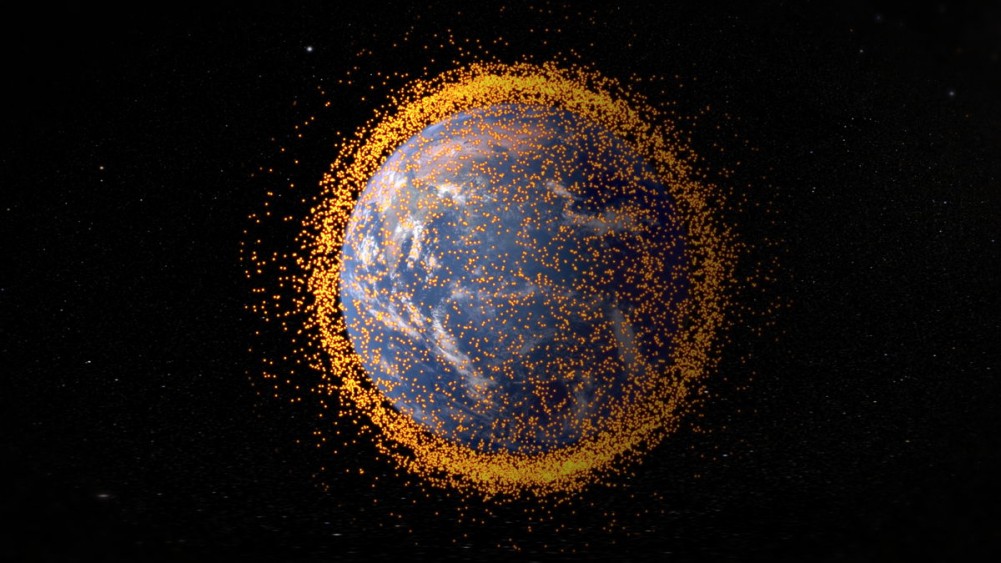 Cleaning Up the Ultimate Frontier

This time of year most people are thinking about how they can tidy up around the house and de-clutter their New Year. Cleaning up is a great emotional challenge that often ends in procrastination. But for NASA and other space agencies around the world, decluttering is a 24x7x365 day obsession.

Launching rockets and satellites into space is so expensive, $10,000 a pound, that fixing the space debris problem is essential to saving money and lives as well as keeping dreams of multi-planet exploration alive. Should spaceships and satellites be damaged or destroyed by space junk, these dreams and aspirations will be sabotaged. If humans are to become spacefarers, we must clean up after ourselves!

Only people in Los Angeles, Bangkok, Beijing and other chronically congested cities can understand how annoying traffic jams can be. Imagine getting stuck in a space traffic jam hundreds of miles from Earth and floating aimlessly amongst debris that could puncture holes in your spacecraft at any moment. For all intents and purposes, space junk is a dangerous human-created asteroid belt. Developing Technology to Clean Up Space

Unfortunately, according to NASA, 65% of debris includes cataloged objects produced by more than 250 explosions and collisions. All told, the number of space debris objects exceeds 30,000. According to reports, the Chinese missile that exploded in 2007 generated 2,000 pieces of debris in just one mishap.

IndustryTap has reported on cleaning up space debris that is traveling around the earth at 35,000 mph (52,327 kph). New clean up technology includes NASA’s space debris tracking system for determining which satellites/junk need to be destroyed first. Innovations including space debris capturing “tugs”, robots that fling space debris into space, nets, and lasers are just a few of the many technologies being devised. Space Junk Has Built Up Over Six Decades

Space junk has built up over six decades and may not just hinder space exploration but the billions of dollars of communication and research satellites circling the globe and providing critical data to researchers on the ground.

The following video explains how space debris could negatively affect the future of space use and exploration.