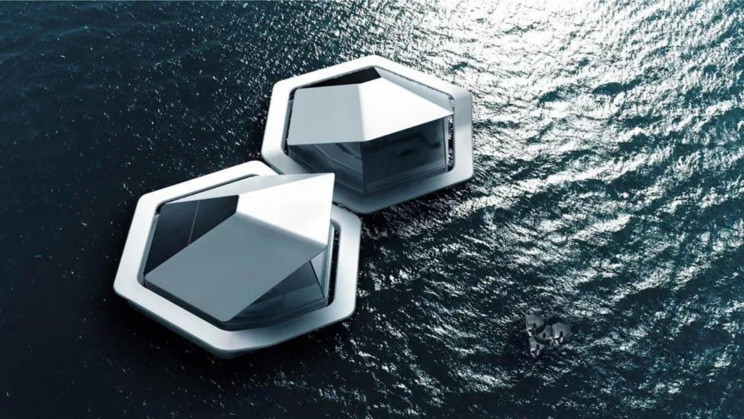 More than 600 million people around the world live in coastal areas that are less than 10 meters (32 feet) above sea level. The continued rise of sea levels would mean millions of people will get displaced worldwide. People may have to consider living on floating homes without land to live on.

Sony has proposed floating pods that will allow people to live on floating pods in the sea. The project called “One Day, 2050” in a collaboration with science fiction writers envisions a future and how humans will be living in Tokyo in 2050.

These floating houses will be equipped with solar power and storage tanks and have a unique ecosystem that coexists with nature. These houses can be moved easily and also have solar power generation capabilities. They can form hive-like structures when connected and can share resources.

According to Sony, the floating pods will have a double structure to stay stable during storms. The exterior of the pods is designed to break incoming waves to reduce shaking. The pods will have three levels for living. These futuristic pods will use water jets to move around in the water.