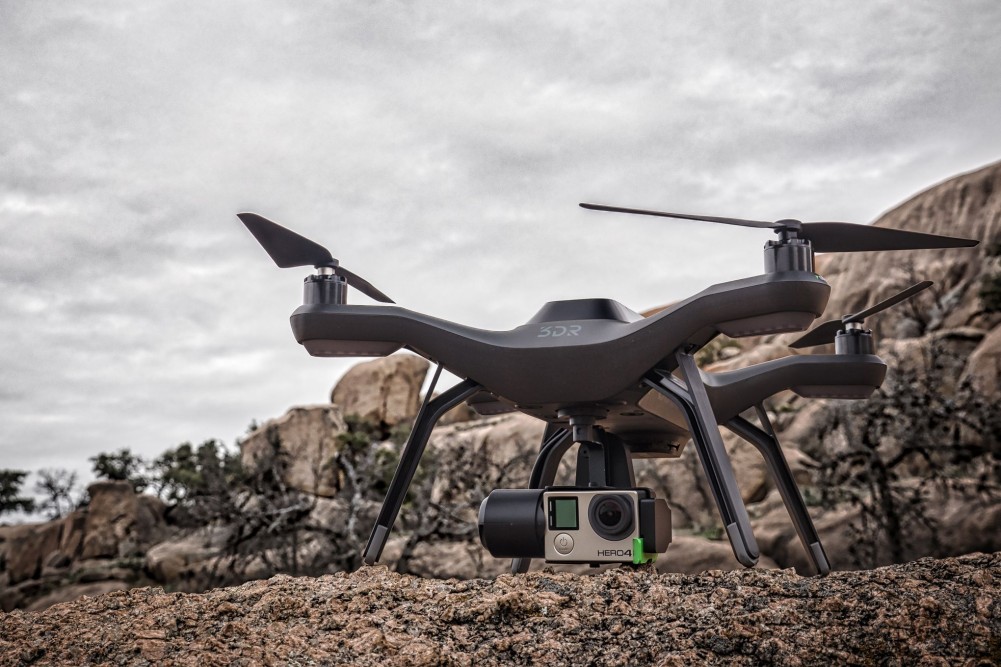 Micro Drones are taking over the world, and they are increasingly packed with sophisticated high technology including “cinematic made automatic.”

The new “smart drone” can be radio controlled with a traditional controller or with iOS or Android device apps. Solo is powered by two computers running at 1 GHz, two 880 KV motors, and is the only “all in one drone” today offering wireless HD video streaming directly from its GoPro camera to the user’s mobile device at distances up to 2,624 feet (800m). 3DR’s Micro Drone 3.0 shoots video at 720×1280 at 30 frames per second (fps) which is stabilized using the world’s smallest gimbal, a mechanism that keeps the drone horizontal as its moves.