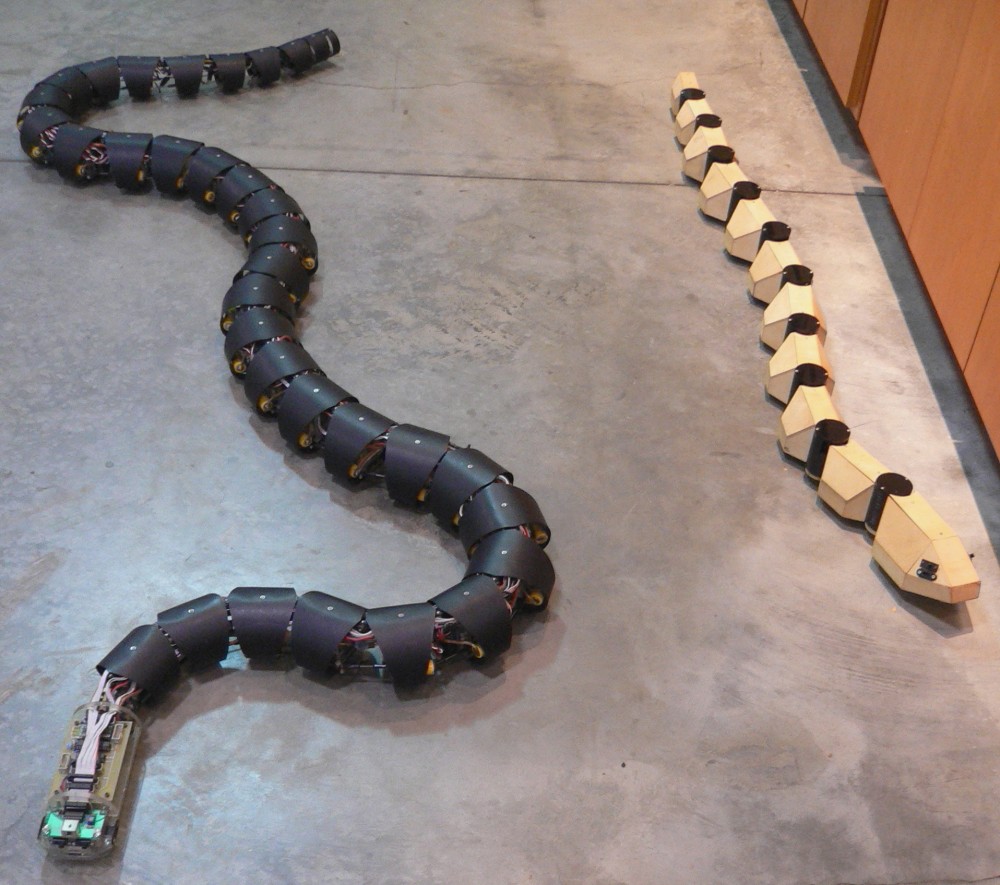 Ever since the snake led Adam and Eve astray in the Garden of Eden, causing humans all kinds of heartache and gnashing of teeth, humans have had an uncomfortable relationship with snakes. It’s something in the way snakes move that curdles human blood or the way they squeezed Marlon Perkins to within an inch of his life while simultaneously drowning him on Mutual of Omaha’s Wild Kingdom, that makes us wary of going too close. And finally, the world’s smallest poisonous snakes, the pygmy rattler or the Sonora coral snake, need just one bite to inject venom that will kill humans in a matter of moments.

Given this glorious history of humans and snakes, it may seem a bit odd that roboticists are building snake-inspired robots. It turns out that snakes are incredibly capable travelers, especially through rough terrain one might encounter after an earthquake or tsunami. No mound of rocks or toppled buildings can prevent a snakelike creature, or robot, from entering and determining where humans might be trapped.

But that’s not all. The new SSS-Surgery is a snakelike robot capable of traveling through the human body and used in operations that are difficult to complete with traditional surgical techniques.

Now, according to Science News, Norwegian researchers are studying how snake robots might be uniquely suited to carrying out maintenance work on the International Space Station (ISS), be used to study comets and asteroids, and explore the lava tunnels on the Moon to determine their feasibility as living and working areas.