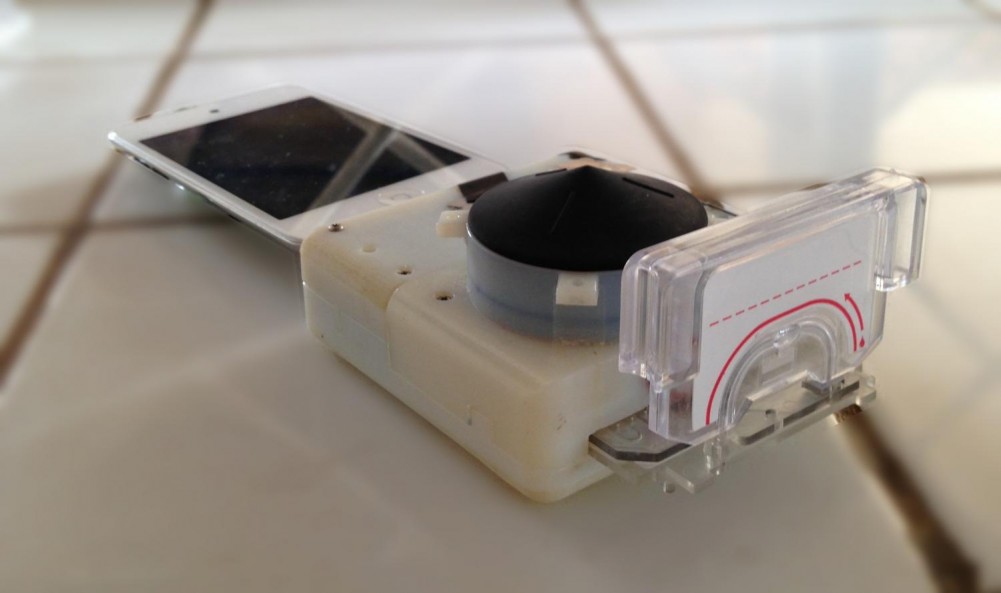 IndustryTap has reported on the smartphone plugin sensor market before, and the applications keep coming fast and furious, this time in medical diagnostics. Today it is possible to use portable devices attached to smartphones to diagnose HIV, syphilis and other sexually transmitted diseases (STDs). These tests are as effective and accurate as full laboratory-quality tests.

Researchers at Columbia University have created an inexpensive diagnostic tool that can be run on existing smartphones, which includes software and a “dongle”, a palm-sized piece of hardware. At just $34, the new tool replaces hospital equipment that costs $18,000 according to IEEE Spectrum Consumer Electronics Channel. Add to this the cost of the typical “specialist” hospital visit and the average consumer saves hundreds, perhaps thousands of dollars.

Furthermore, the red tape and lethargy afflicting the typical hospital and the “revolving door” mentality afflicting physicians means expensive versions of diagnostic tests can take days and even weeks to turn around. The smartphone plug-in diagnoses STDs within 15 minutes.

In tests of the device, 41 diagnoses were run before depleting the smartphone battery. And the test is capable of “triplexed immunoassay,” which is not available in today’s single tests. According to scientists, STDs such as syphilis can be better controlled through quicker diagnostics. Syphilis, for example, if caught early, requires only one dose of penicillin to cure.

Ninety-seven percent of patients who have used these smartphone diagnostic devices favor them over traditional laboratory tests.