The computer I started programming in 1970 was an 8K Datapoint 2200. It wasn’t literally the first computer I programmed (that was an HP 2000 series), but it was the first one I had total control over. The CPU was built out of a collection of Integrated Circuits (ICs), the memory was a recirculating file (DRAM was right around the corner, but not used in this product), ‘storage’ was 2 cassette decks, and the display was a CRT that displayed 80 columns by 12 lines. While I don’t quite recall the price, it was in the area of $25,000.

The Raspberry Pi A+ was just announced, at $20 (some prices vary), so I went to a scattering of my favorite sites – SparkFun, Adafruit, and Tindie. All of them contained surprises, some of which are hinted at in the pictures. What came out of this was tiny computers of varying sophistication, from $6.95 up to $114.95. The ‘cheap’ ones were, needless to say, ‘essential’ – in that respect the $6.95 ‘Trinket’ matched my original computer in that it was an 8 bit CPU with 8K of (Flash) memory. The ‘RFDuino’ is a 32-bit processor with Bluetooth wireless. The Intel Edison is, in comparison to these others, quite powerful – it includes WiFi, Bluetooth, 1Gb of RAM, and 4Gb of Flash, among others.

Some of these are deliberately designed to be ‘wearable.’ Personally I find wearable electronics to be a non-starter – I’m not interested. I can imagine something sitting in the overhead light fixture that can tell that I’ve entered the room, and triggering appropriate behaviors. Broadly speaking, such chips work nicely for ‘dedicated event sensing.’ This might be freeze conditions, leaking plumbing, electrical outages (such as for a freezer), lights left on or doors left open accidentally, and so on.

Most of these chips have an onboard LED, some of which are ‘tri-color.’ When one wants notification transmissions that are discreet, it makes more sense to transmit infrared, same as TV remote controls. Adding wireless, needless to say, ups the price – in this case from $7 to $25. Things that are subject to being moved around, such as potted plants, might run off energy harvesting, tiny solar cells, or coin cell batteries. Something that can reasonably tap into a power source might also have a battery backup, but could run on a super-capacitor or a ‘wall-wart.’ One assumes that these things are still operating when AC power is absent, so one has to start totaling up not just the chip, but the battery, networking infrastructure, and the like.

The obvious destination for these monitoring chips is one’s cell phone. Taking a ‘one of each’ scenario:

The general drift of this is ‘loss prevention’ – allowing one to tell whether the plant is neglected, the door is open at 3AM, power is being wasted, or something has chewed a hole in the eaves and is making itself comfortable in one’s ancestor’s clothes.

This example is focused on a residential situation – more often this would have commercial applications where there might be hundreds of chips looking out for things that people don’t have time to mess with, among them would be monitors for ‘beverage out’ conditions (the office coffeepot), inventory levels in various bins, or tool locators.

Someone described to me a situation where custom welded assemblies (components for drilling rigs) were delivered by trucks at 3AM into a yard. While the guard obviously lets the truck in, the people showing up at 8:00 might know ‘it’s out there somewhere,’ but that doesn’t mean it’s easy to find. RFID is great if you’re standing next to it. If it can ‘phone home’ and let you know where it is, one can avoid a lot of aimless wandering around.

At one time, it was safe to say that each order of magnitude cost reduction in computing power created a corresponding rise in potential applications. However, when 10 billion chips are produced each year, it’s likely that ideas run out before chips do. If one can cheaply ‘watch’ dozens of things with dedicated chips, then one starts buying computers in bulk. The IT people aren’t available to set them up, so it will be up to users to cobble together implementations from whatever they can get off the Web. 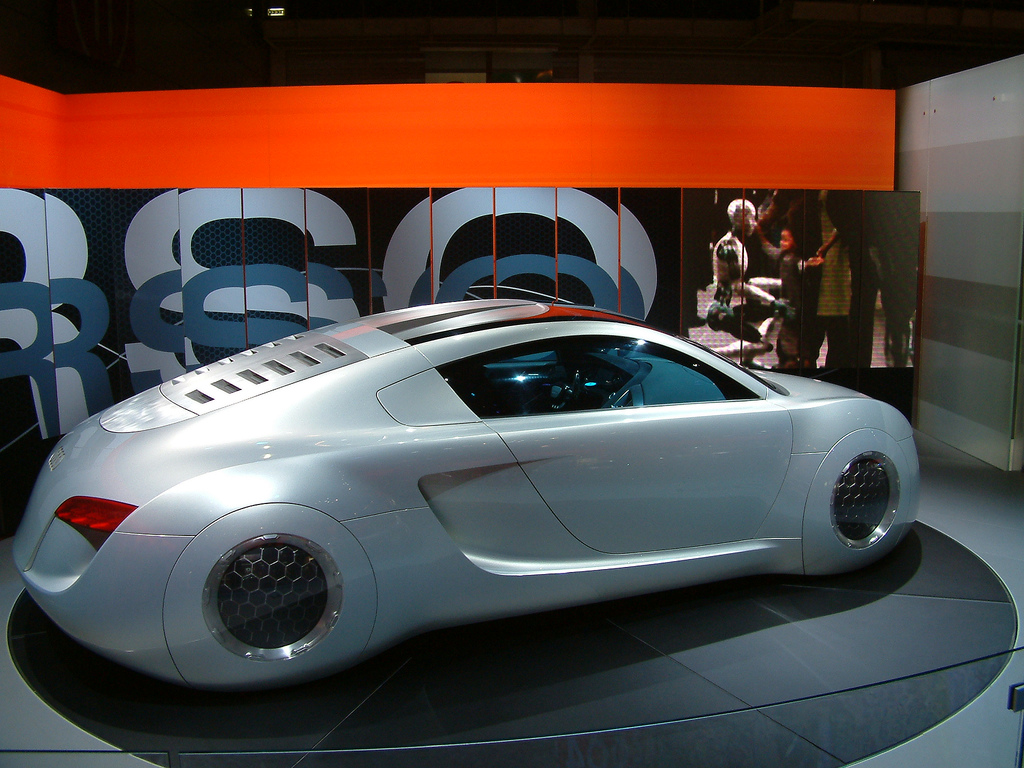 Daimler Announced its Intention to Focus Solely on Electric Vehicles