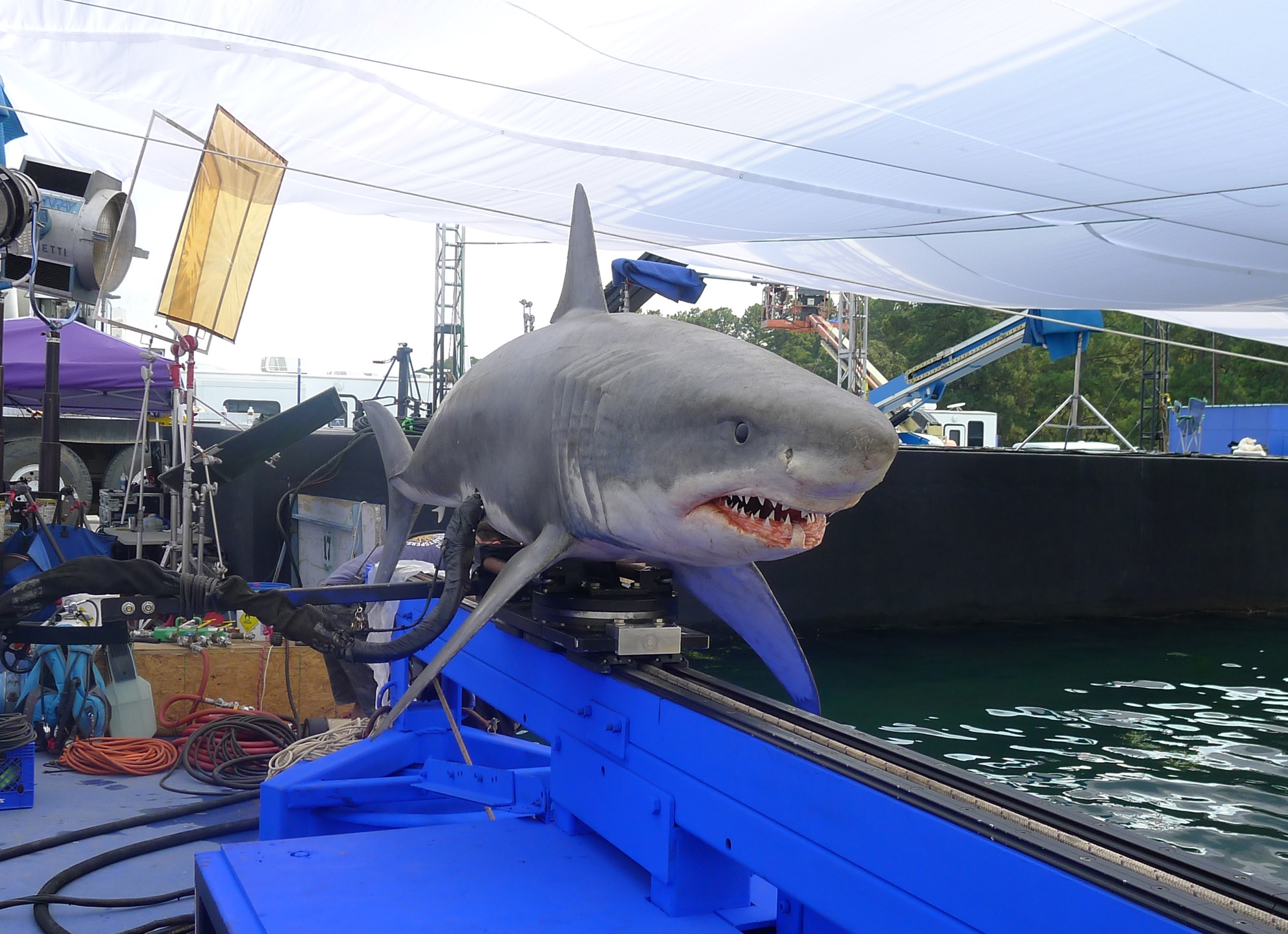 Igus’s slewing rings were used in 2011 in a movie called Shark Night 3D in order to make an animatronic shark, developed by California-based company Edge Innovations, look as realistic as possible.

However, Walt Conti with Edge Innovation says the comparisons are essentially incomparable because of how far technology has come since the 70s, such as the iglide® PRT slewing rings used to make a robotic shark’s movements come to life. The sliding elements are made from an igus®-developed, low-cost, high-performance plastic called iglide® J, which is completely lubrication and maintenance-free, perfect for rigorous work on a stage, television, movie, or show set.

The fact that igus’s slewing ring bearings come ready-to-install, makes the product extremely desirable since sets are continuously being modified and broken down.

In Shark Night 3D,  the PRT serves as a swivel mount for the animatronic shark, allowing it to rotate as the shark ‘swims’ and ‘attacks’ throughout the movie.

The slewing rings will have you jumping out of your seat watching Shark Night 3D, while watching the 40-year-old Jaws animatronic shark looks almost laughable these days.

Conti says, “People bring up Jaws all the time. It’s like comparing a Model T to a Ferrari. They both have four wheels and engines, but the animatronics we create today are highly tuned machines. From an engineering standpoint, they’re a completely different level of power.”

The swimming model used in Shark Night 3D is a monster animatronic great white at 9-feet-long, 600 pounds, and 200 horsepower. “There’s a tiny little tether [that connects it to the power source], but it’s all electrically powered with servos. Everything you’re putting inside the shark [that’s] heavier than water—the rubber, the motors—wants to make it sink,” Conti says. “So you have to make [anything you put into the model] out of incredibly light materials, like aluminum and titanium. It’s like an aircraft. They’re customized, but you’re basically pushing a joystick around like you would an RC car. [The sharks] are kind of big, expensive toys.”

The attack great white had to be even more powerful than the swimmer because it was important to Conti the movements looked authentic. The iglide® PRT slewing rings were essential to the attack shark because they launched the robot forward in order to create realistic action in the film. “It kills me when mechanical effects are slow, or repetitive,” Conti says. “The thing that gives animatronics life is the feeling that these animals are thinking, or doing something intentionally. You’re trying to create, through technology, intent and decisiveness and powerful movements.” Unlike the swimmer, the attack sharks were hydraulically powered by igus’s slewing rings in addition to other components, connected by umbilical cords to 5000-psi cylinders.

The attack sharks were not neutrally buoyant because they weighed over 1,000 pounds, requiring these robotic sharks to be attached by wire to a crane and put in the water, or mounted on rigs that could launch the sharks forward at 30 mph. “We can record and play back movement,” Conti says. “We laid a track for the tail, another for head movement, one for the teeth and a bunch of other functions. You record at slower speed, then crank up the speed on the whole performance. You can preprogram things that happen in a split second and totally sell the reality of it being a shark.”

When not to use PRT slewing rings:

Edge Innovations is based out of California and the company has done amazing animatronics for many well-known films. Here are a few examples from their website (http://www.edgeinnovations.com/):

How the Rising Fuel Costs Continue to Impact Farmers