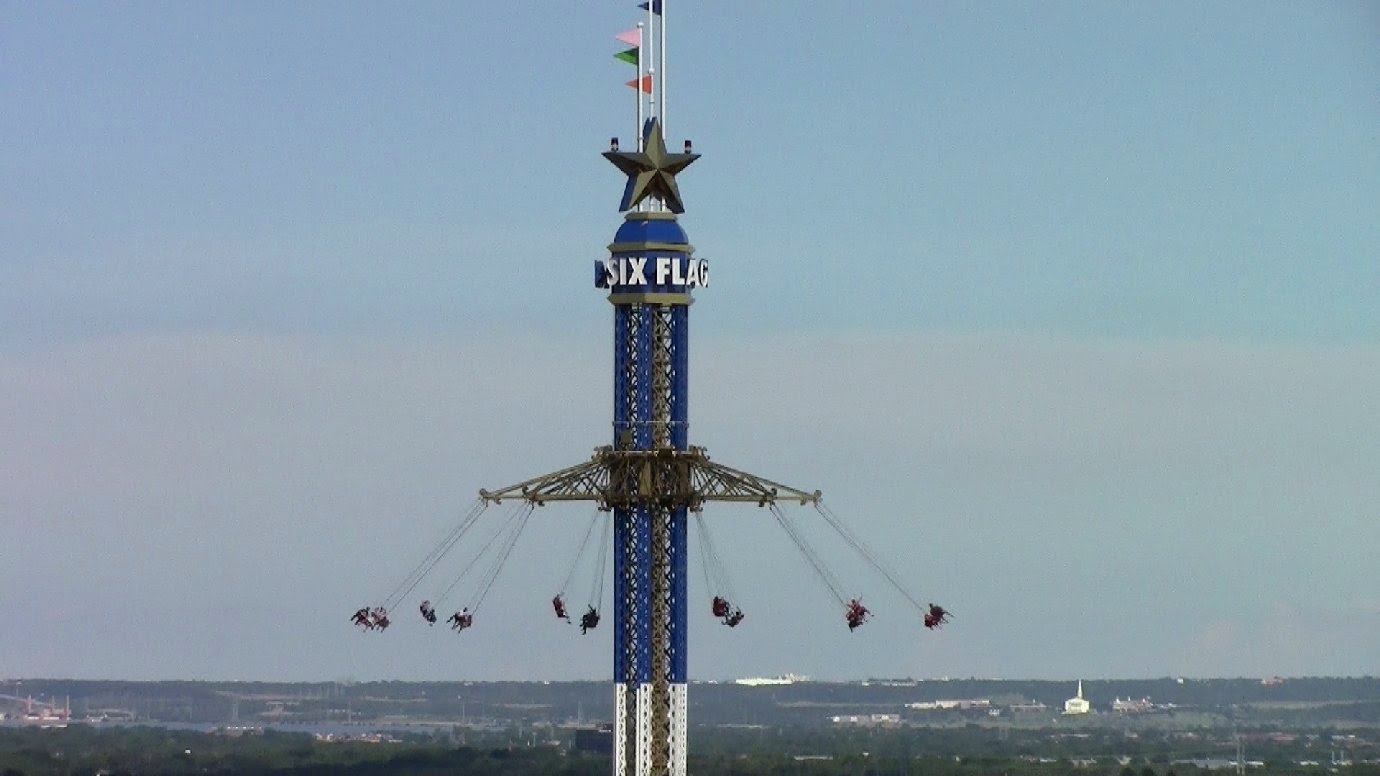 Visitors to Six Flags New England in Agawam City, Massachusetts, have been enjoying thrilling world class rides, including Batman the Dark Knight, Cyclone, Goliath, Mind Eraser and Bizarro. Now they have a new stomach-churning ride to look forward to when they visit.

On May 23, 2014, Six Flags New England introduced the tallest swing ride in the world, standing at just over 400 feet (122m), or over 40 stories tall, to the general public. The ride was added to the Adventure Alley section  of the park, which focuses on retro-type rides. I think most of us remember this type of ride; it was originally intended for children but the super-sized ride is attracting thrill seekers of all ages.

Sky Screamer swings 23 flyers at up to 40 mph (56 km/h) as they gaze at the Connecticut River and the New England skyline.