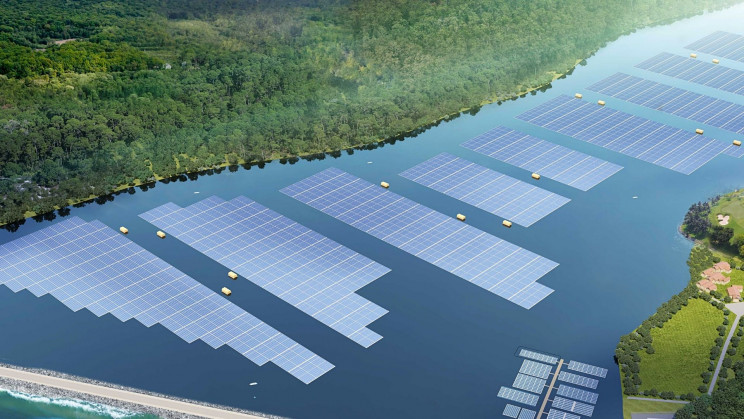 The market for solar energy is heating up worldwide, solar panel arrays are increasingly being deployed all over the world. More and more countries are joining the global effort to fight against climate change. So in this effort, Singapore plans to build one of the world’s biggest floating solar power farms.

The most ambitious project of Singapore, one of the smallest countries in the world, will cover an area equal to the size of 45 football fields. The floating photovoltaic system will have a capacity of 2.2 gigawatts.

Singapore’s Sunseap Group recently signed an agreement with the Indonesian city of Batam. Sunseap Group will invest $2 billion to build the farm on the other side of the Singapore Strait.

The 22,000-panel floating solar farm will be located on a reservoir in Batam Island. It will span over 1,600 hectares (6 square miles).

Though Singapore is less than half the size of London, it is one of the biggest per capita carbon dioxide emitters in Asia. Singapore has pledged to achieve net-zero emissions “as soon as viable” in the second half of the century. The floating solar panels’ farm and energy storage system will help in reducing Singapore’s carbon footprint.