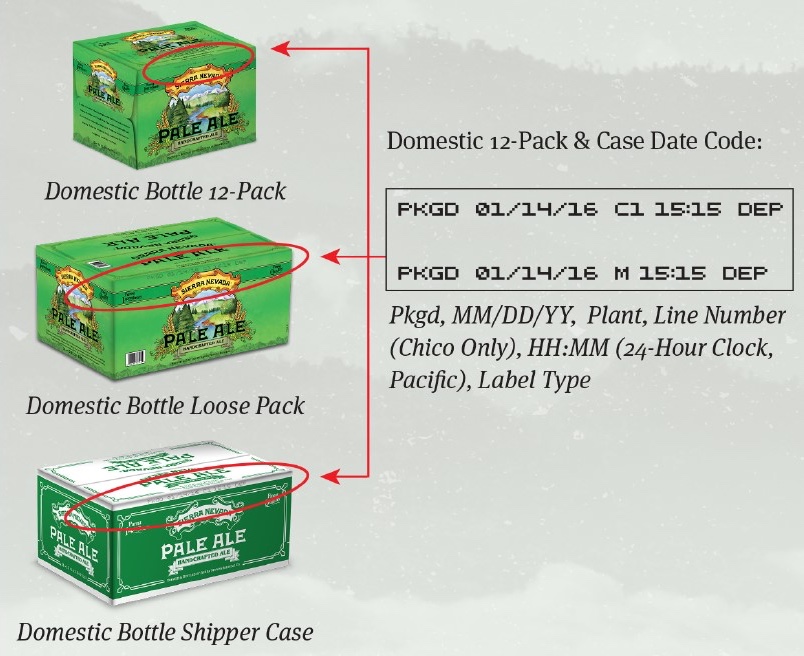 The company has voluntarily recalled eight different beers across 36 states as a response to concerns that some bottles may have a flaw leading to glass breaking off and actually falling into the beer.

According to the company, no injuries have been reported, but the proper measures are being taken to ensure it stays that way.

Sierra Nevada’s Pale Ale 12-ounce bottles produced from December 5, 2016, to January 8, 2017, are the ones in question, in addition to seven other beers the company produced over a broader period of time.

It is important to note that beer produced at Sierra Nevada’s Chico, California brewery is not part of the recall, only beers produced by its Mills River, North Carolina location.

The featured image at the top of the article and the image below will help you identify which beers are okay for consumption.

“While we believe this concern impacts roughly 1 in every 10,000 (0.01%) of our bottles packaged during this time, Sierra Nevada has set the standard for quality in the craft brewing industry since 1980 and we have decided to take this precaution to ensure the safety of our consumers,” the company said in a statement.

The following 36 states are affected by the recall: