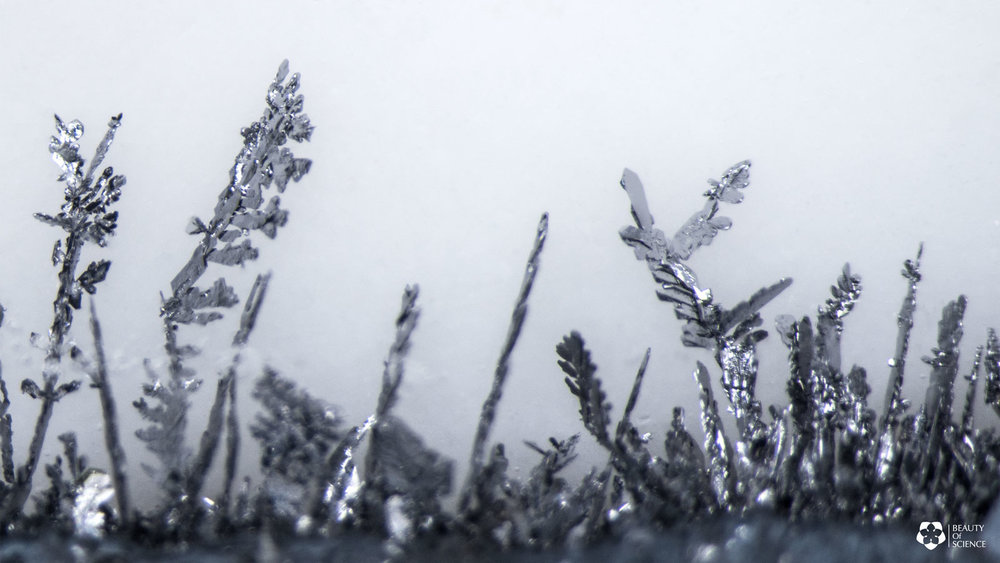 Created by Beauty of Science (BOS), the idea behind the film was to bring the beauty of chemistry to the general public in the form of high-quality visual content, which I must say the scientist-led team pulled off incredibly.

As far as what’s actually going in the video, basically it depicts crystalline metallic flakes multiplying and branching into gorgeous frost-like fractals.

“For Black (Lead) and White (Silver), we were going to shoot many metal displacement reactions with a microscope. During the process, we discovered that the growth patterns between silver and lead were quite different. So, we decided to create a short film to compare the difference between the two metals. And luckily, we found two pieces of music that could enhance the contrast,” filmmaker and BOS founder Yan Liang, Ph.D. tells The Creators Project.