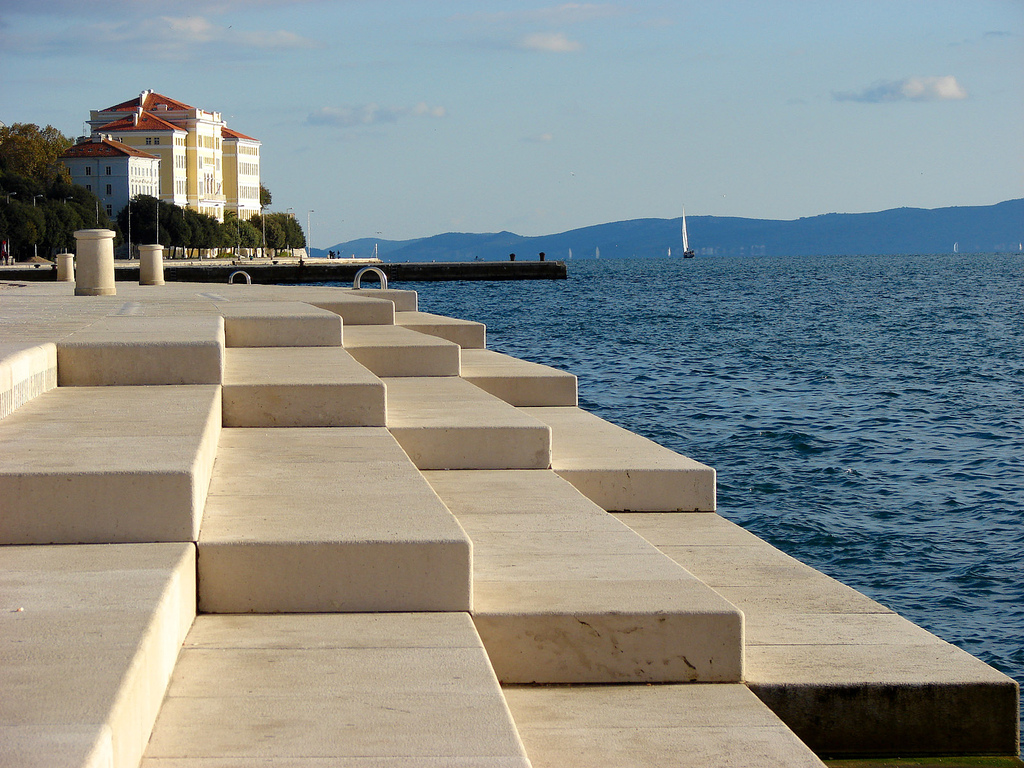 The Sea Organ in Zadar is an incredible feat of architecture designed by Croatian architect Nikola Bašić.  It is the world’s first musical pipe organ that is played by the sea.

Zadar is a very old coastal town in Croatia. It was almost completely destroyed during World War II but was brought back to life by this awesome architect. The architect created an incredible nature-based instrument that turns the rhythm of the waves into actual music.

Science behind the music created by this sea organ:

On its surface, this organ simply looks like big marble steps leading into the Adriatic Sea. However, there is a set of 35 organ pipes under it, each set containing five pipes that are further connected through a series of narrow channels. This 230-foot-long organ turns the rhythm of the waves into actual music. As waves and wind push air through the channels, enchanting harmonies are created by Mother Nature’s moods.

The Sea Organ is not only adored by locals but tourists as well, who flock from all over to experience Nikola’s wonder. This incredible Sea Organ has won architectural awards, including the 2006 European Prize for Urban Public Space.