Scientists from the University of Copenhagen have reconstructed the genome of an ancient human from prehistoric piece of chewing gum. This 5,700-year-old gum provided evidence of diet, disease and a remarkable snapshot of life during the early Neolithic.

Chewing gum was recovered from the Danish island of Lolland. Scientists analyzed the chewing gum to construct the image of a woman whom they named Lola. Lola had blue eyes, dark hair, and dark skin.  Her diet included duck and hazelnuts and she may have suffered from gum disease and mononucleosis.

Scientists gave all these details by studying a single piece of birch pitch. Birch piece is a kind of ancient chewing gum that’s produced by heating birch bark. 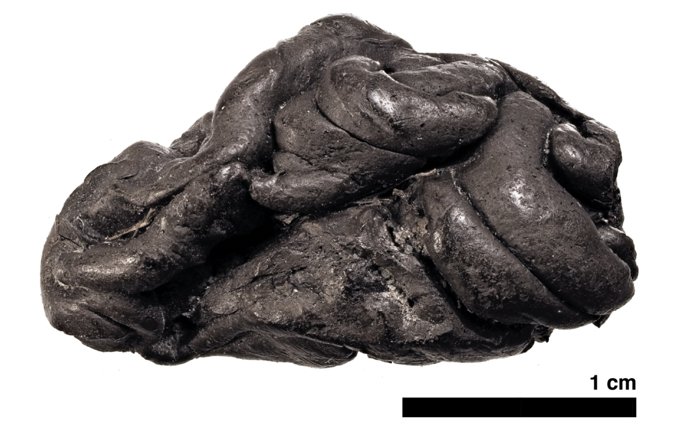 This is for the first time an entire ancient human genome has been obtained from anything other than human bone.

Scientists provided all the information despite the fact they neither had her bodily remains nor any written records exist, about her life or the community she lived in.

“It is amazing to have gotten a complete ancient human genome from anything other than bone,” says lead researcher and evolutionary genomicist Hannes Schroeder from the University of Copenhagen.

Who Needs Streetlights with These Glow-in-the-Dark Roads?