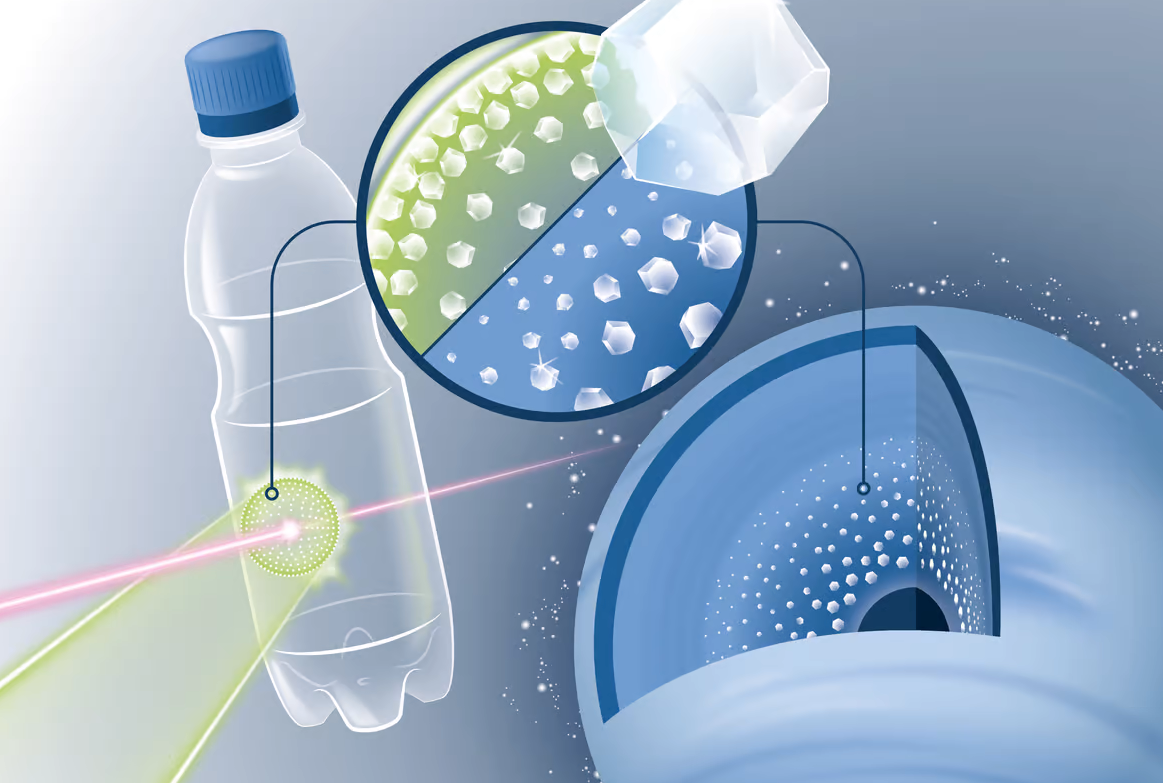 Diamonds are valued for their rarity. Although formed billions of years ago, very few survive the arduous journey from deep within the Earth’s crust to reach the earth’s surface.

But more than a billion miles away from the Earth, diamonds seem to be as common as stones!

Diamonds are forever on the two ice giant planets of Neptune and Uranus. These ice giants have temperatures of several thousand degrees Celsius and pressure millions of times greater than Earth’s atmosphere.

These conditions are thought to compress elements like hydrogen and carbon to form solid diamonds which then fall through the atmosphere like rain.

Now, the scientists at the SLAC National Accelerator Laboratory in California have found a way to make precious gems from used plastic bottles by mimicking this process.

PET (polyethylene terephthalate) plastic contains not just hydrogen and carbon but also oxygen. But the oxygen sucks out the hydrogen leaving behind carbon. This helps in making PET a better match to simulate the activity in ice planets.

Scientists fired a high-powered optical laser at SLAC’s Linac Coherent Light Source to heat the PET plastic to 10,800°F (6,000°C). This resulted in creating powerful shock-waves of million times the atmospheric pressure and witnessing the growth of diamond-like structures.

New ‘Smart’ Plastic that is Degradable and Highly Recyclable