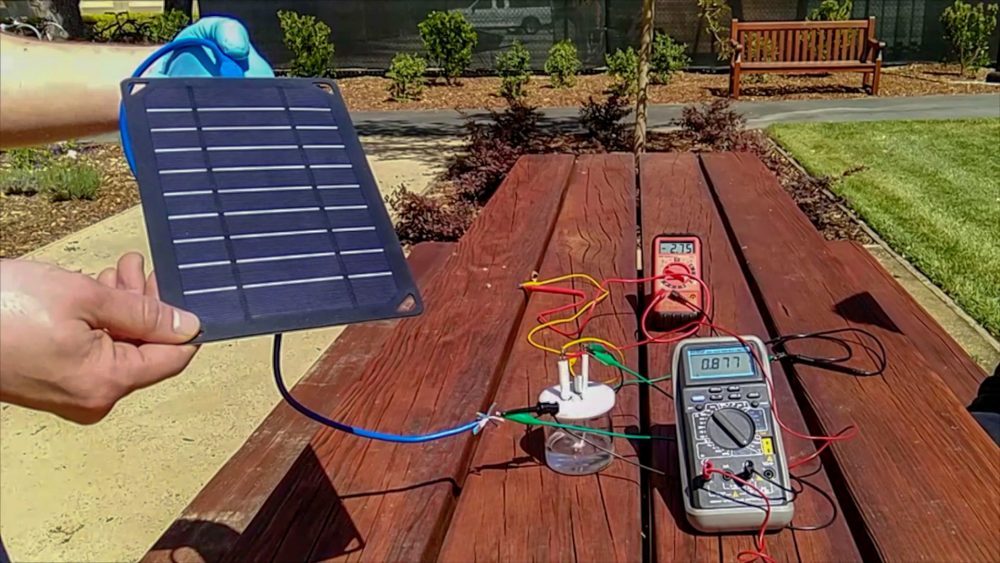 Researchers at Stanford University revealed a new way to make hydrogen fuel out of saltwater. This research could open up a new array of exciting possibilities in energy production.

Hydrogen is clean-burning fuel and it generates only water as a byproduct. But the problem associated with this process is that it requires the usage of purified water, as seawater tends to corrode the electrodes. And the process of purifying water beforehand is too energy intensive…making this process unbearably expensive.

Now, researchers from Stanford have figured out a way to generate hydrogen fuel using solar power, electrodes and saltwater that they took right from San Francisco Bay.

They did this by developing a method to stop the salt from corroding the device. The team developed a new metal coating for the electrodes which created a barrier to slow down the corrosion.

Using this innovation, now the system can function for “thousands of hours” as opposed to just 12 hours it lasted without metal coating. Moreover, researchers generated up to 10 times more electricity than previous attempts at seawater splitting.

Stanford chemist Hongjie Dai said, “I think we set a record on the current to split seawater,”

Since breathable oxygen is also generated along with energy during this process, divers or submarines could also make use of this tech.