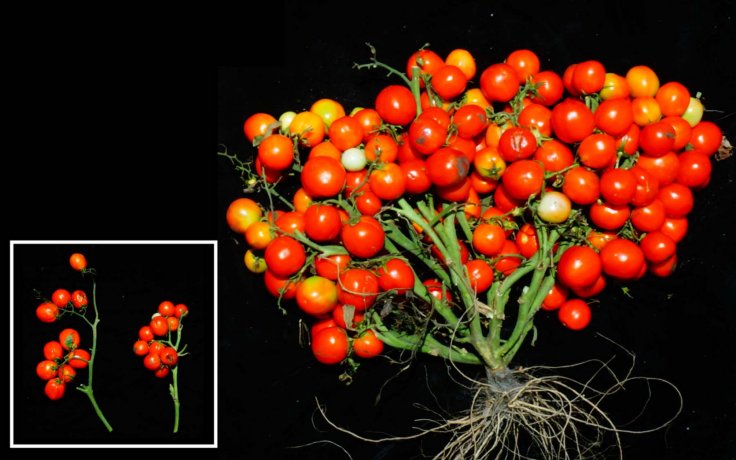 Believe it or not! In coming future, Tomatoes would be grown from a bush than a vine. ‘Urban’ tomatoes would soon be ripen in compact bunches like grapes. One would be able to grow them on the roofs of skyscrapers and even in space.

Genetic editing is moving tomato crops to the city skyline, or even outer space

Researchers used CRISPR gene-editing to alter three genes within the plant’s DNA. Gene-editing resulted in the bouquet of ripe cherry tomatoes that mature very quickly. They produce ripe fruits in less than 40 days.

Zarchary Lippman — a plant biologist, said, “All flowering plants have a universal system of genes that encode hormones that tell the plant to stop making leaves and start making flowers,”

“For a number of years now, we’ve known that we could modify specific genes to control flowering and makes plants more compact.”

These Gene-editing tomatoes are eco-friendly

“This demonstrates how we can produce crops in new ways, without having to tear up the land as much or add excessive fertilizer that runs off into rivers and streams,” Lippman said. “Here’s a complementary approach to help feed people, locally and with a reduced carbon footprint.”

Scientists now plan to do further research on other fruit groups like Kiwi to produce such bouquet-plants suitable for urban cultivation. Researchers hope that making crops and harvests shorter is going to revolutionize the agricultural sector in the future.

These Lung-Inspired Solar Panels Clean Themselves

Jeff Bezos’ Blue Origin Has Finished Their Engine, Ready to Launch a Rocket This Year!