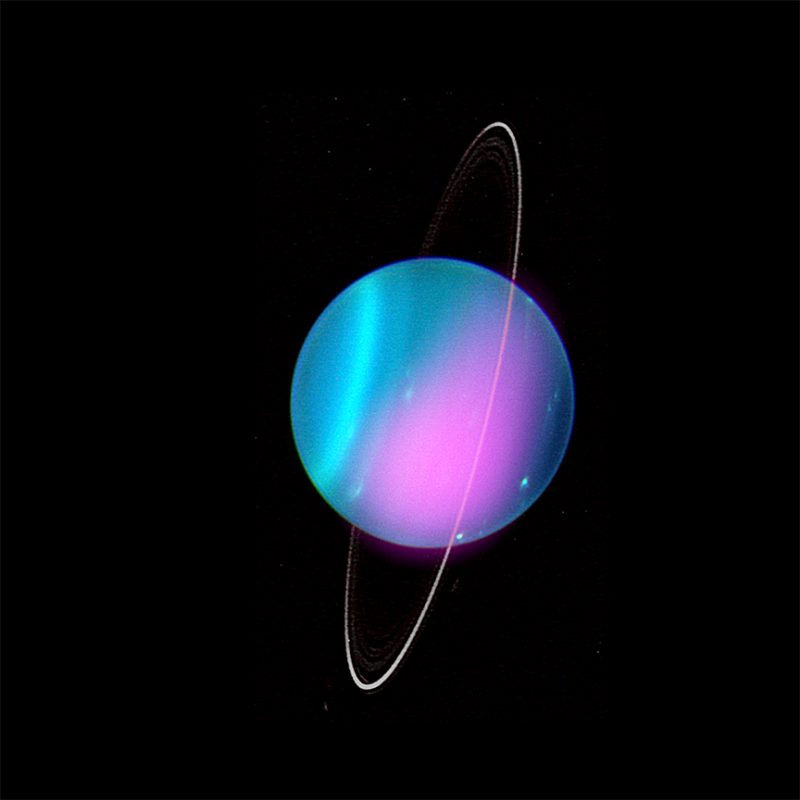 For the first time, astronomers at NASA’s Chandra X-ray Observatory detected X-rays from the planet Uranus. This may help scientists learn more about this ‘sideways planet’ which rotates on its side.

For this study, researchers used observations taken by Chandra X-Ray Telescope, a space telescope in orbit around Earth. The first set of observations was taken in 2002, then another two sets in 2017.

But this phenomenon is not unusual for the celestial bodies of our solar system. Venus, Saturn, even moons of Jupiter also emit X-rays.

According to scientists, most of the X-radiation in the Solar System comes from the Sun. As Earth’s atmosphere scatters the Sun’s light, both Jupiter and Saturn scatter X-ray light given off by the Sun.

According to a press release on the study, the X-rays found on Uranus could be given off from several sources. They could be the result of interactions between charged particles in Uranus’ upper atmosphere and the Sun. It could also be caused by those particles and the planet’s formidable rings.

There is one more possibility that these X-rays come from auroras on Uranus. Auroras occur when energetic particles interact with a planetary atmosphere. On Earth, auroras produce a magnificent display of dancing green light in the sky.

Top 6 Laboratory Oven Suppliers in the USA
Cheers! Here’s to a Refreshing Glass of Sea Water