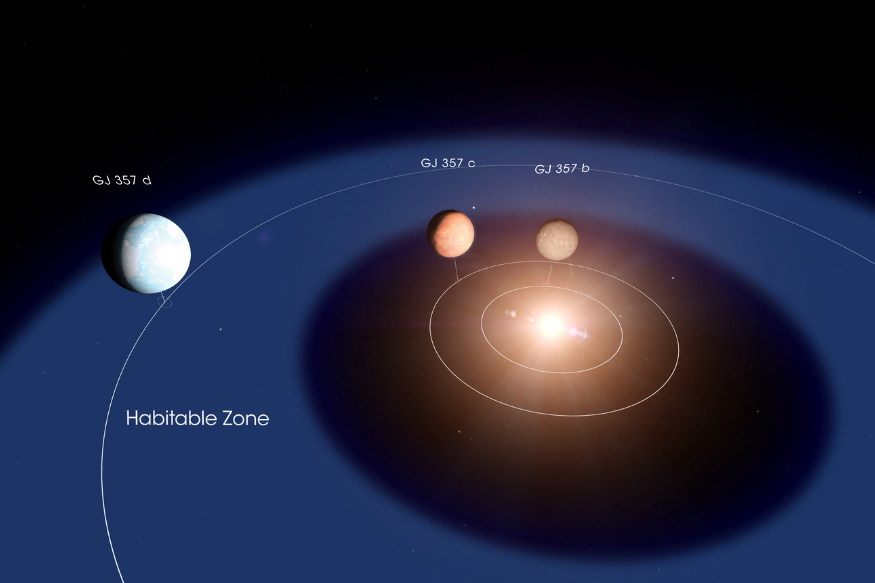 NASA’s super powerful TESS (Transiting Exoplanet Survey Satellite) discovered exoplanet that may be capable of supporting life. This exoplanet is circling a nearby star in the Hydra constellation and is just 31 light-years away from Earth.

GJ 357 d is about twice the size of Earth and has six times Earth’s mass. As it orbits in its host star’s habitable zone, scientists believe that water might exit on its surface. Although scientists have no evidence to prove that life exists there, all they know is that conditions are favorable for supporting life on super-Earth.

Lisa Kaltenegger, the director of the Carl Sagan Institute at Cornell and associate professor in astronomy, said in a statement, “With a thick atmosphere, the planet GJ 357 d could maintain liquid water on its surface like Earth, and we could pick out signs of life with telescopes that will soon be online,”

“If GJ 357 d were to show signs of life, it would be at the top of everyone’s travel list – and we could answer a 1,000-year-old question on whether we are alone in the cosmos.”

She added, “This is definitely going to be one of the best targets for these telescopes because it’s so close and so bright. This means we can collect that light and analyze it further to see the chemical composition of the atmosphere, or if we see signs of liquid water or oxygen. The closer the better and the brighter, the better, and this one happens to be both.”