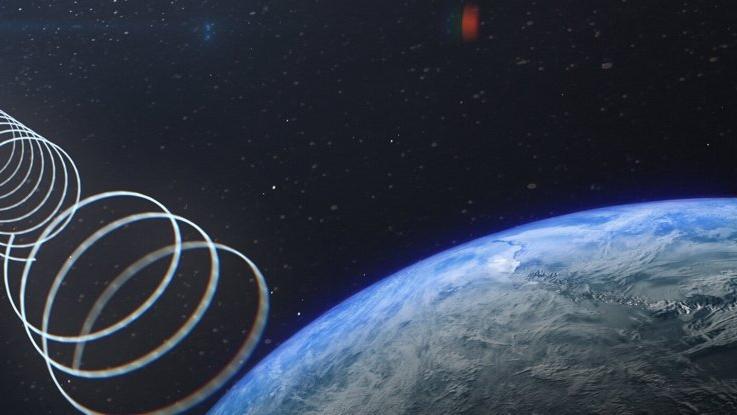 Every day, numerous mysterious radio signals flash across the universe. Astronomers keep noticing these objects that flash, blip, appear, disappear, and reappear in X-ray telescopes or radio frequencies from time to time.

Interpreting these signs from the universe can be challenging but some cosmic signals remain mysterious.

Now, astronomers have found a mysterious and unusual radio signal emanating from somewhere near the center of our galaxy. Initially invisible, it glowed very bright and then faded away. The signal blinked on and off randomly, persisting for weeks and then just fading away in a day.

Initially invisible, it became very bright (in the radio spectrum), faded away, and then reappeared…switching off and on apparently at random. The brightness of the source could persist for weeks, and then just fade away in a day.

What was unique about this signal was that the radio waves in the signal had an uncommon “circular polarisation”. The electric field in the radio waves spirals around it as the waves travel through space.

The signal was spotted by the Australian Square Kilometre Array Pathfinder telescope (ASKAP). Researchers are speculating that the signal could be from an entirely new source. They hope to find out the source with time.