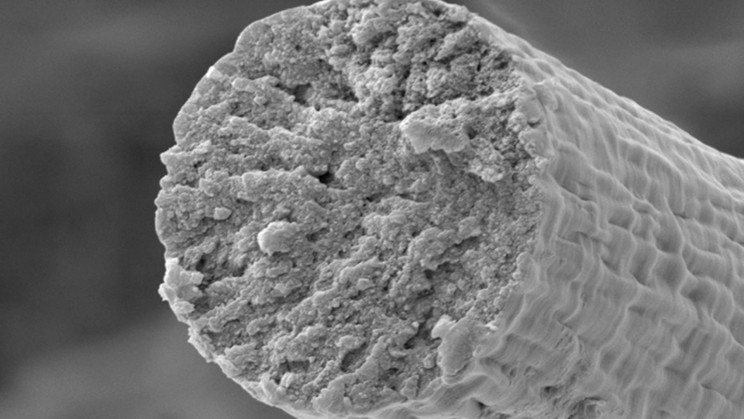 “We wondered, ‘Why don’t we just directly make synthetic muscles?’” says Fuzhong Zhang, lead author of the study. “But we’re not going to harvest them from animals – we’ll use microbes to do it.”

The fibers are produced from a substance referred to as titin

Animal muscles have three types of muscle proteins –myosin, titin, and actin. But the team focused on just titin. Titin is the largest known protein in nature. It acts like a spring and provides elasticity to the muscles.

Researchers then engineered bacteria that can construct the larger proteins from small segments. They then used a wet-spinning technique to convert the proteins into fibers that were about 10 micrometers wide.

Zhang said, “Its production can be cheap and scalable. It may enable many applications that people had previously thought about, but with natural muscle fibers,”

Researchers foresee that these muscle fibers could be woven into a very strong fabric. So, these could be used for many applications like shoelaces, belts, clothing, protective gear, biomedical implants, and even prosthetics.