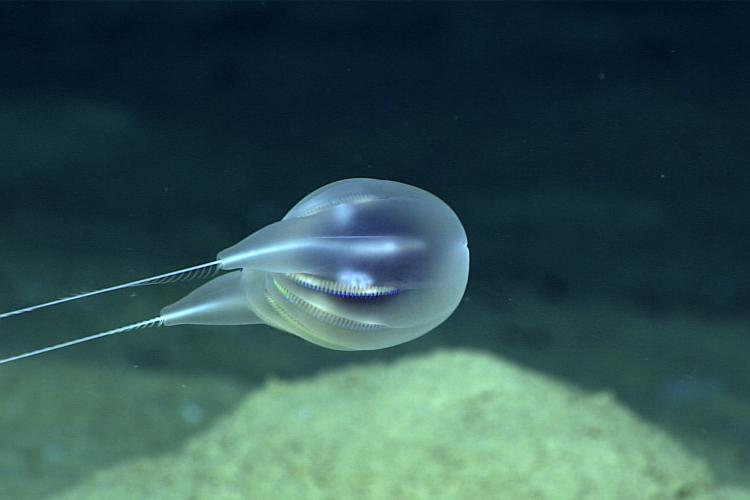 Scientists from National Oceanic and Atmospheric Administration (NOAA) have identified a new species of the deep-sea creature using only high-definition video. Scientists discovered a strange, gelatinous species of ctenophore or comb jelly, off Puerto Rico.

The undersea remotely-operated vehicle called ‘Deep Discover’ captured a high definition of the creature during the dive.

NOAA stated, “NOAA fisheries scientists Mike Ford and Ellen Collins, working Shoreside, saw it and recognized it as a novel.”

“This is the first time NOAA scientists use particularly high definition to describe and explain a new creature.”

It was first noticed in April 2015 but has only now been described in a research paper. It was discovered at a depth of more than two miles and was unlike any other species researchers had encountered.

The creature was rectangular and had two long tentacles. Its movement is like it was anchored to the seafloor. But researchers are unable to take a specimen. So they have used the footage to develop an anatomical diagram of the gelatinous blob

Oceanographer Mike Ford, said, “It was a beautiful and unique organism,”