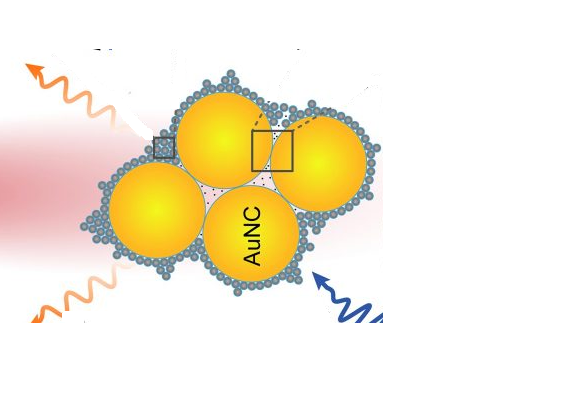 Researchers at the University of Cambridge have developed a new molecule-sized camera for closely analyzing and studying chemical reactions.

This device is made by combining semiconductor nanocrystals called quantum dots and gold nanoparticles using molecular glue called cucurbituril (CB). It uses a process similar to photosynthesis to exhibit what happens when several molecules interact during a chemical reaction.

The scientists were worried about the challenge of controlling the whole process of molecular assembly.

However, they realized that they just have to add molecules of water at room temperature in the setting. Researchers found that on adding water to the molecule to be studied, the components would streamline automatically.

First study author Kamil Sokolowski said, “We were surprised how powerful this new tool is, considering how straightforward it is to assemble,”

Researchers were not successful in their initial attempts. But once they added in the quantum dots, it helped to make the whole process more controllable.

The study coauthor Jade McCune, said, “We found that the aggregation of one nanoparticulate component could be controlled through the addition of another nanoparticle component.”