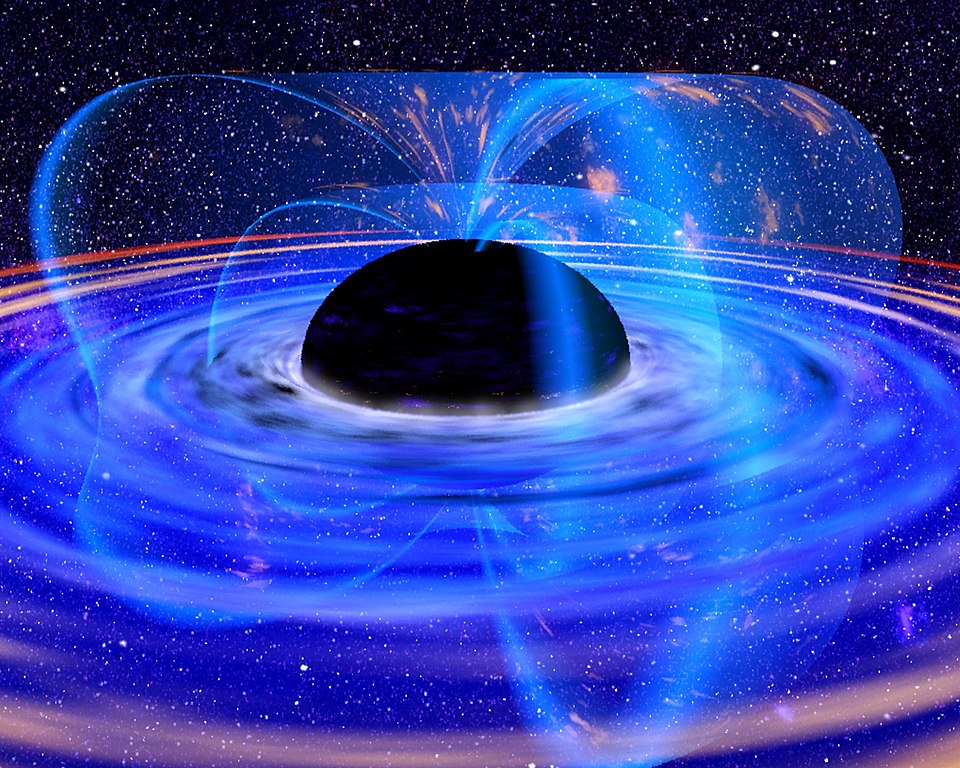 Scientists are planning to build human civilization in outer space. But for this, they require large energy resources. Now researchers at the University of Columbia and the Universidad Adolfo Ibáñez of Chile have theoretically found the solution. Researchers foresee that in the future, a black hole could power an entire off-Earth civilization.

Researchers discovered energy can be extracted from black holes by harvesting charged plasma particles escaping from the event horizon. This event horizon is an area beyond which no light can escape.
Luca Comisso, a researcher at Columbia University, said, “Black holes are usually surrounded by hot plasma particles that contain magnetic field charges,”

Comisso added, “Our theory suggests that when the magnetic field lines are disconnected and reconnected in the right way, they can accelerate the plasma particles to negative energy so that the black hole energy can be extracted in large quantities,”

This discovery could help scientists better understand the spin of black holes. Comisso explained it could also even provide a source of energy when setting up an off-Earth civilization.

Felipe Asenjo, the co-author of the study, said, “We calculated that the process of plasma energization can reach an efficiency of 150 percent, much higher than any power plant operating on Earth,”

“Achieving an efficiency greater than 100 percent is possible because black holes leak energy,” he explained, “which is given away for free to the plasma escaping from the black hole.”

World’s First Biodegradable Water Bottle Is Made with Food Waste