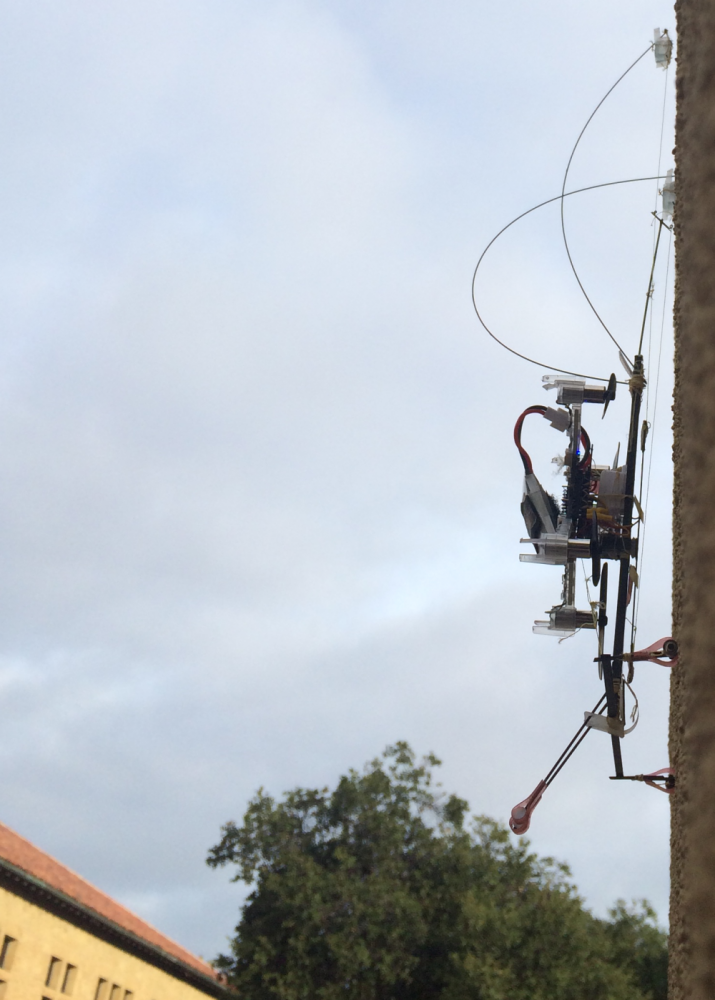 If robots are to best humans in activities that humans excel at, they’ve got to be able to perform complicated tasks such as climbing trees and scaling walls. As recent robotics competitions show, even the most advanced robots can aspire to do humanlike activities but fail miserably.

But there are activities for which robots will always be preferable, even when they fail. Dangerous tasks, such as searching for IEDs or mines, are jobs risk-averse humans don’t want. For these activities, robots will need to perch and climb while indoors or out, have gecko-like adhesion, jump and glide like animals and squirrels, and more.

SCAMP uses multimodal operations, “directional adhesives,” that make climbing gaits smooth and dependable and a novel biomimetic climbing mechanism similar to that used by insects such as daddy long-legs and the praying mantis. Much of the propulsion that moves SCAMP into various positions comes from its quadrotors and a motion capture system that detects its position vis-à-vis a wall.

Following are additional images of SCAMP climbing up a wall and adhering to it. 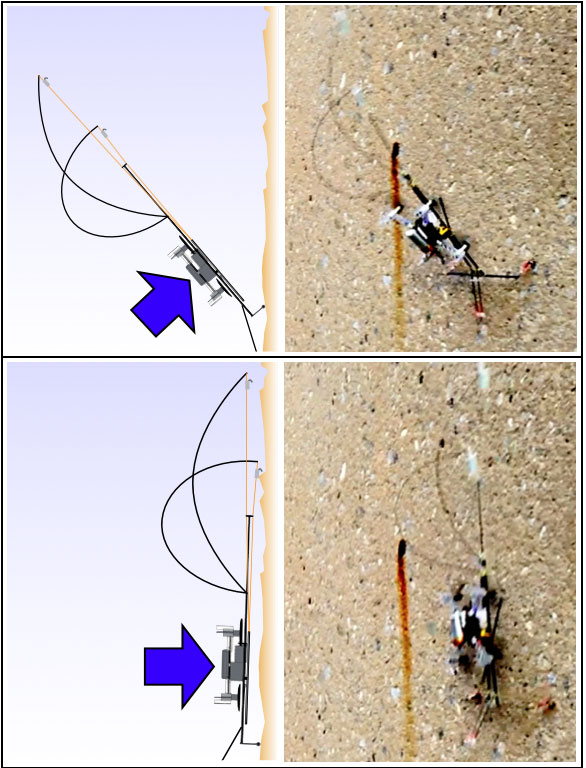 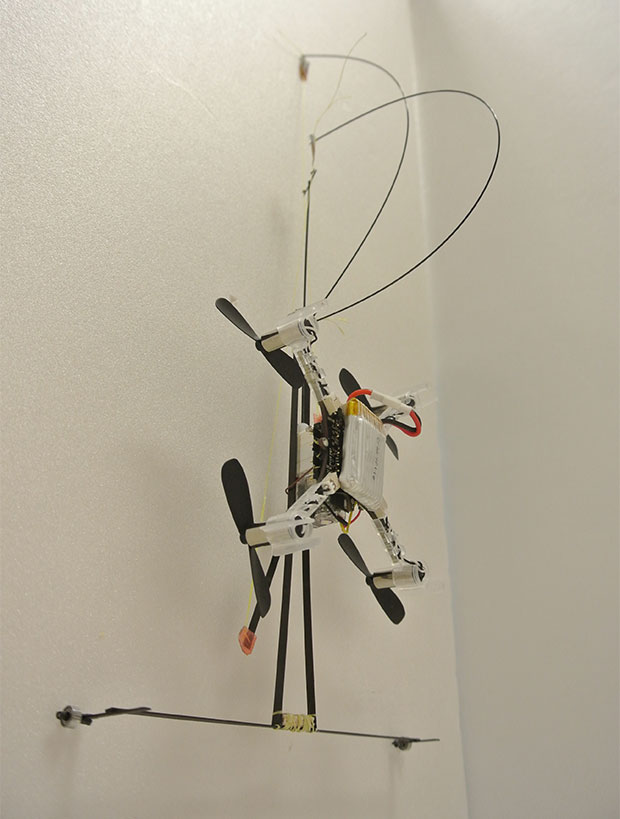 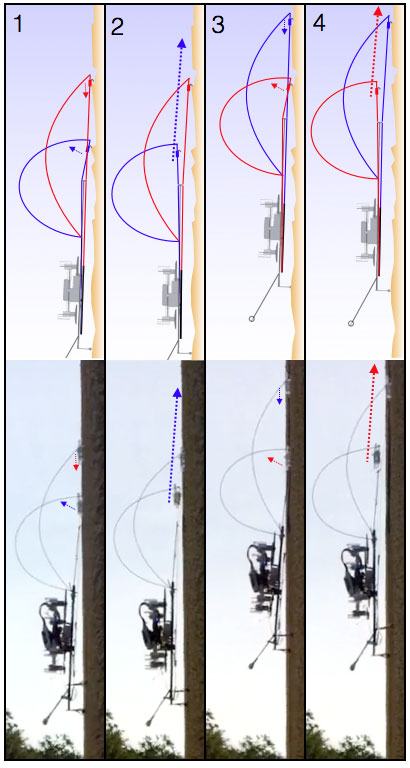 The following video shows SCAMP flying as a small drone, then perching, climbing, recovering from falling, and taking off again.

Demand for Older Tractors Skyrocketing and Prices Rising
NASA Capturing an Asteroid, Too Late for Dinosaurs but Might Save You 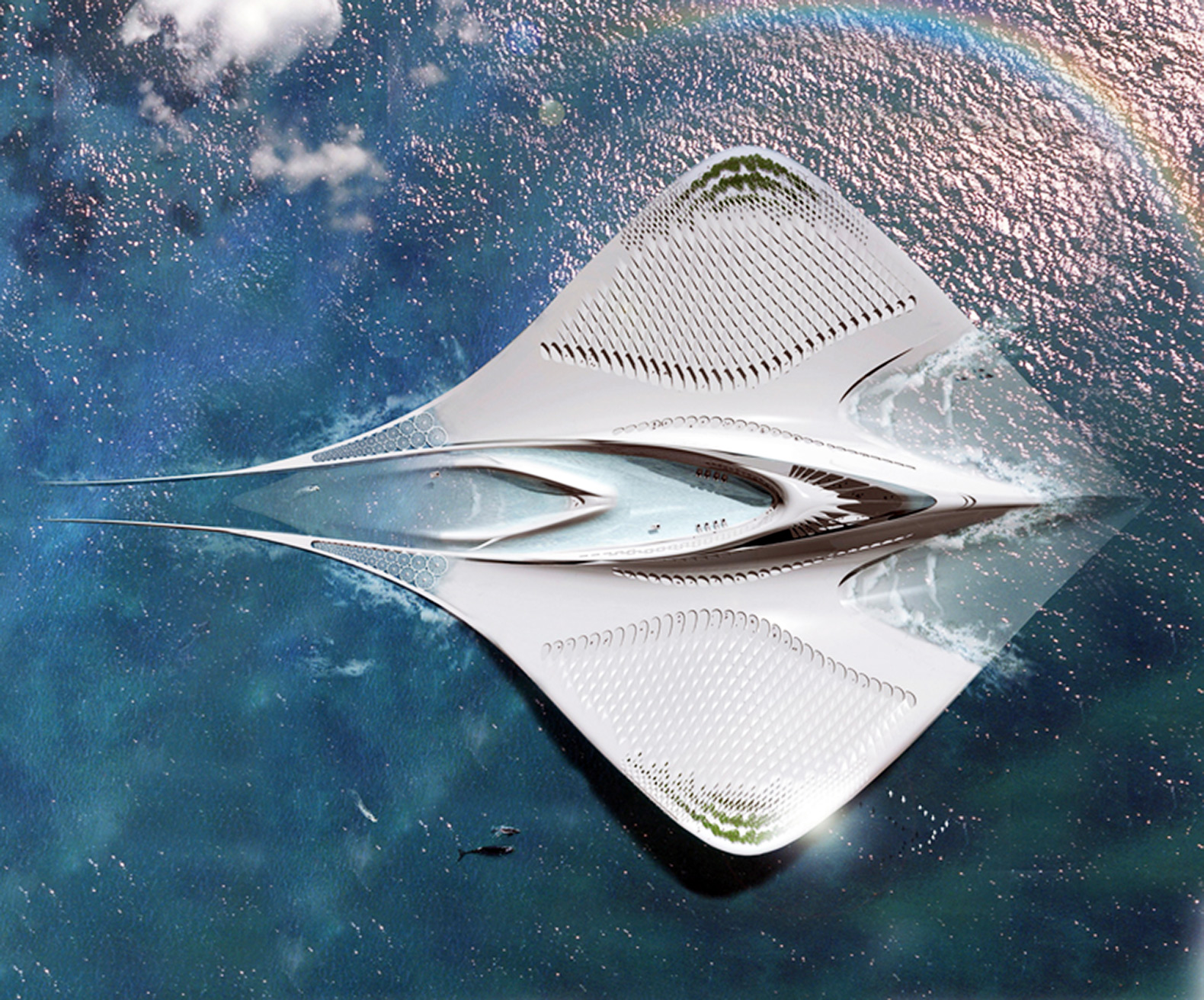 This Sustainable Floating City is Shaped Like a Manta Ray