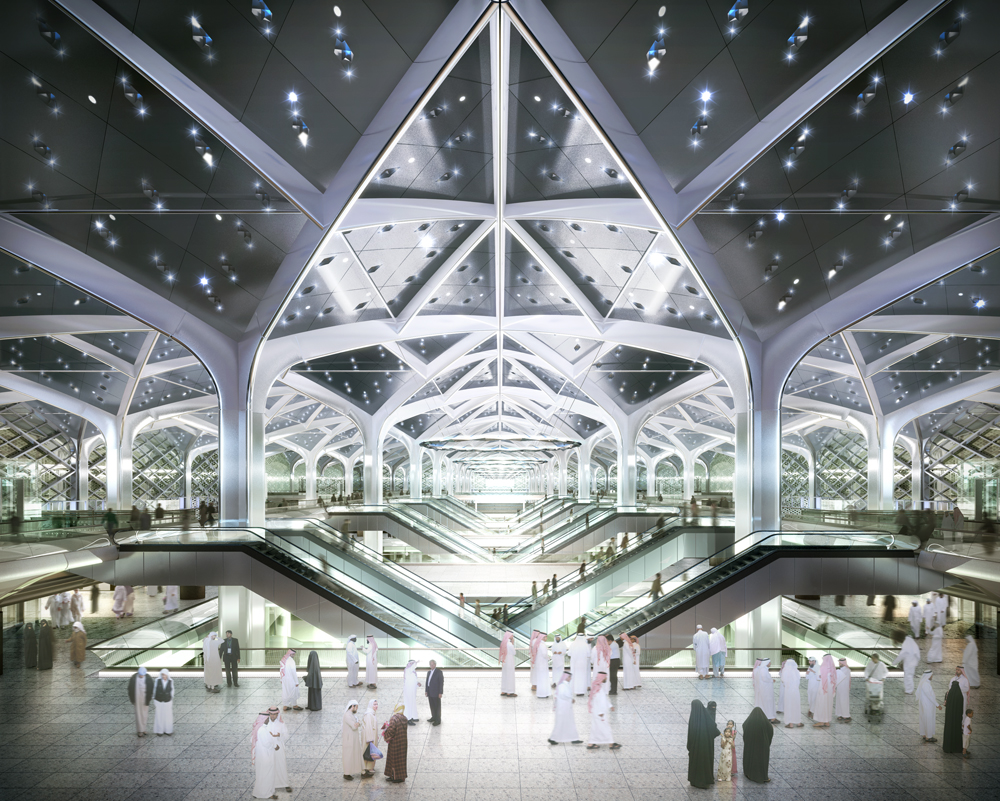 Saudi Arabia’s state-owned Saudi Railways Organization (SRO) retained DB International, a subsidiary of Deutsche Bahn, a German Railway Company, to oversee the construction of the Haramain High Speed Rail, a 281.5 mile (453 km) high-speed railway link. Haramain will connect Jeddah and the King Abdul Aziz International Airport with Mecca and Medina. A Spanish consortium including Talgo and Renfe and the AlShoula (Saudi) Consortium is building the railway system and rolling stock and will operate and maintain the HSR for the next 12 years. Top speed for the line will be 200 mph (320 km/h). The project, about two years behind schedule, will be completed in two phases, both currently underway, and is expected to begin service at the end of 2015. The HSR will have a total of 36 trains running on dual tracks and carry about 3 million passengers a year, relieving traffic congestion on roads in the Kingdom and providing convenient transportation for annual pilgrimages to holy cities.

The cost of the project is estimated at close to $2 billion (7.51 billion Riyal) and is just the first phase in planned HSR projects costing $10 billion and crisscrossing the Kingdom.

The following is a video about Canal de ConsultransSA, one of the Spanish engineering firms involved in the Haramain project, discussing its global activities and work in the US and Saudi Arabia.