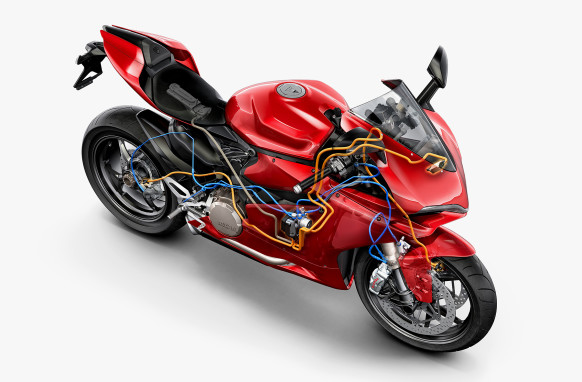 Riding a high-speed bike just got a whole lot safer and faster with a stability control system developed by Bosch.

The newly-developed stability control system is being used by Ducati for its new 2015 Multistrada and 1299 Panigale superbikes.

The System Allows Riders to Stay Safe in Emergency Situations

Bosch’s stability control system uses a computer that works with sensors to continuously monitor traction limits. The system collates the data on acceleration, deceleration, roll, pitch, lift, and relative wheel speeds and processes it hundreds of times a second.

The system applies the appropriate amount of engine power and brakes to rein in the bike and stop a skid in case of any loss of traction.

In a panic situation when the rider applies full pressure on the brake that is higher than the traction can handle, the system makes the correction and applies as much braking force as the tires can handle at a given angle of lean.

Let’s hope that more companies will adopt a similar system to deal with unexpected situations on the road.