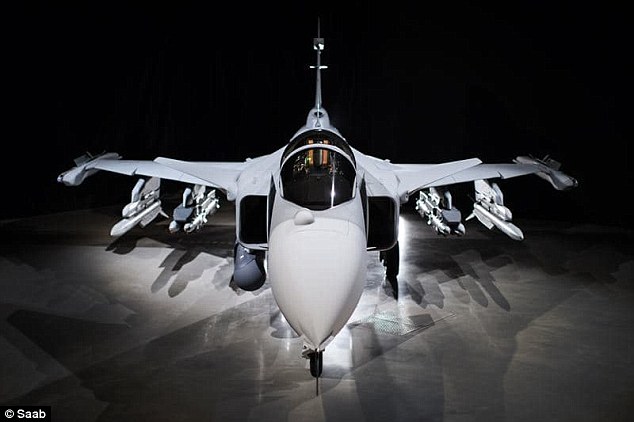 Saab, the Swedish aerospace and defense company, unveiled the latest version of its multi-role smart fighter on May 18th. The Gripen E prototype 39-8, the next generation “smart fighter,” is equipped with an updated radar system, electronic warfare systems, and a stronger engine.

The E fighter is being offered to countries which are not yet cleared to buy the Lockheed Martin F-35 Joint Strike Fighter.

Slightly bigger than previous versions, it’s the sixth variant in the Gripen family. It travels at 1,522 mph and has an increased capacity to carry weapons.

Earlier versions of Gripen are already in service with the armed forces of Sweden, South Africa, the Czech Republic, Hungary, and Thailand. The first of the Gripen Es are expected to be delivered to Sweden and Brazil in 2019. Håkan Buskhe, President and CEO Saab said, “Nations need modern air defenses to uphold national sovereignty. Meanwhile, the cost in relation to other investments in society needs to be reasonable. Therefore, Saab has developed design and production methods for the Gripen E to both increase capability and to reduce costs.”