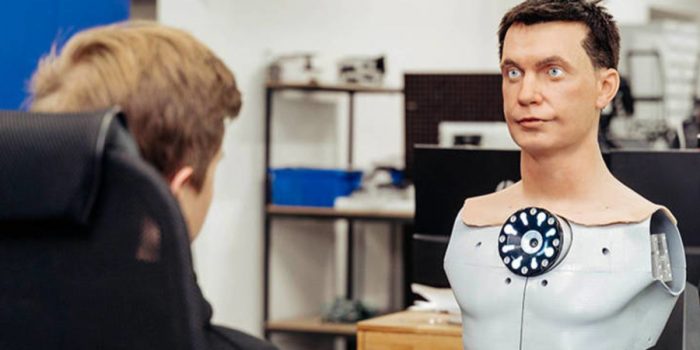 Russian Robotics start-up Promobot is ready to pay $200,000 for the right to use someone’s face and voice on its robot forever.

In 2020, Former California Governor Arnold Schwarzenegger filed a $10m (£7.7m) lawsuit against Promobot for using his face to promote one of its robots without seeking permission.

This time Promobot is being cautious and direct from the beginning

Promobot has been seeking a ‘kind and friendly’ face for its humanoid robot assistant which will work in hotels, shopping malls, and other crowded places.

Quite obviously, there was no dearth of people who applied to participate in the project. Promobot received over 20,000 applications and then decided to suspend the request collection.

Promobot will create a 3D model of the face of the chosen applicant so it can be used for the robot’s external features. The company will have total rights to the person’s voice and the winner needs to “dictate at least 100 hours of speech material” to create the robot’s voice.