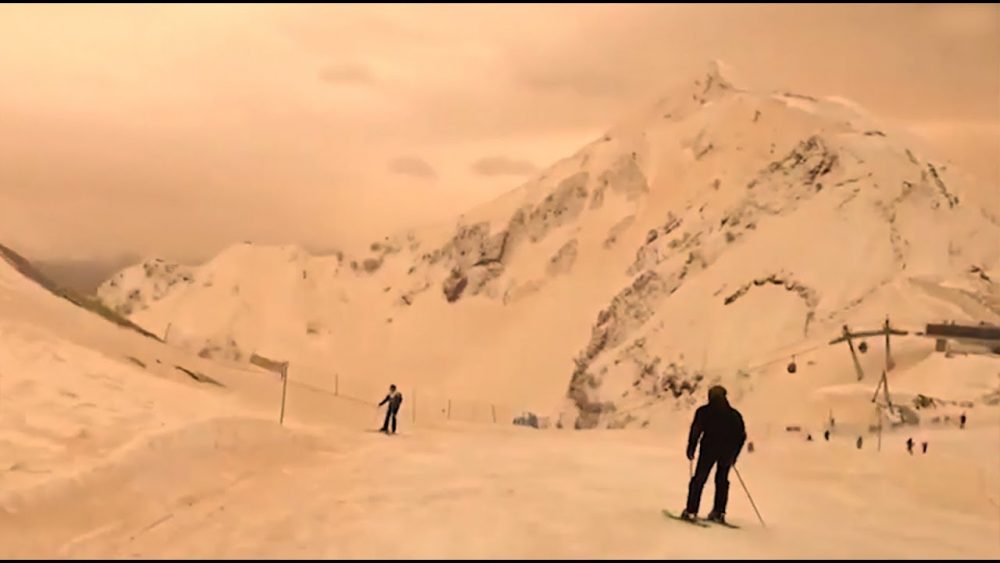 Recently, people in Russia and Eastern Europe were baffled by a phenomenon that appears to be turning snow orange. Eyewitnesses tweeted that skiing on this orange snow gave them a feeling of “skiing on Mars.”

Meteorologists say the orange snow is a phenomenon that happens once every five years, or so. It is caused by sand from the Sahara Desert.

Steven Keates, a meteorologist from the U.K. national weather service, said, “There has been a lot of lifted sand or dust originating from North Africa and the Sahara, from sandstorms, which have formed in the desert. As the sand gets lifted to the upper levels of the atmosphere, it gets distributed elsewhere.

“Looking at satellite imagery from NASA, it shows a lot of sand and dust in the atmosphere drifting across the Mediterranean. When it rains or snows, it drags down whatever is up there, if there is sand in the atmosphere.”