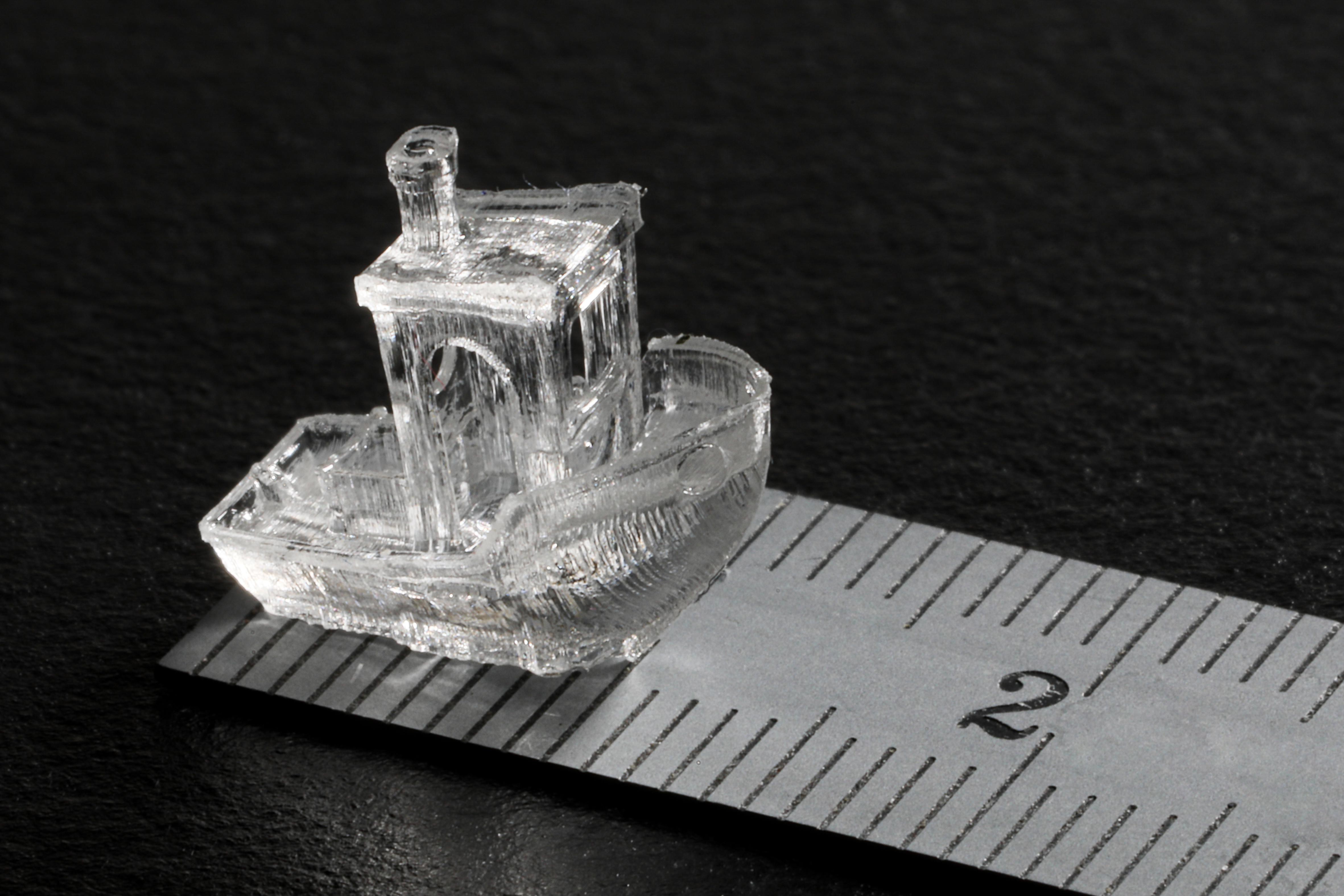 As awesome as 3D printing may be for rapid prototyping and creating highly customized products, all can agree that printing high-fidelity objects takes time and requires patience. A new printing technique that was developed by a team of researchers from the Ecole Polytechnique Federale de Lausanne (EPFL) promises to change that, as they claim that they have managed to print complex models in less than 30 seconds.

The trick is to place a resin container on a rotating platform, and then hit it with the hardening laser beam while a camera system observes the printing and helps the central system to control the process with the required precision. This is basically a “tomographic” technique, which creates the model from inside out through accurate movements and precise light exposure, and so the whole process is over in a few seconds. The system that was developed by EPFL for testing purposes is limited to creating objects no bigger than 16mm x 16 mm x 20 mm, and a precision of 80 micrometers.

Sure, these numbers may not be very impressive, as both the resolution and the size is achievable by a “standard” printer that costs a couple of hundred USD, but remember, EPFL is only at the very beginning of this project. Also, besides the obvious advantage of the unprecedented 3D printing speeds, there’s also the capacity to print an object while it stays suspended in the liquid resin. This alleviates the need for using support structures and minimizes the chances of having a failed print.

Right now, resin printers use stereolithographic systems that build the model layer by layer. This is obviously a lot slower than EPFL’s solution, so rotational 3D printing is expected to revolutionize the field. The researchers already have marketing aspirations, and they have set up a spin-off company called “Readily 3D” to serve as a platform for their business ventures.