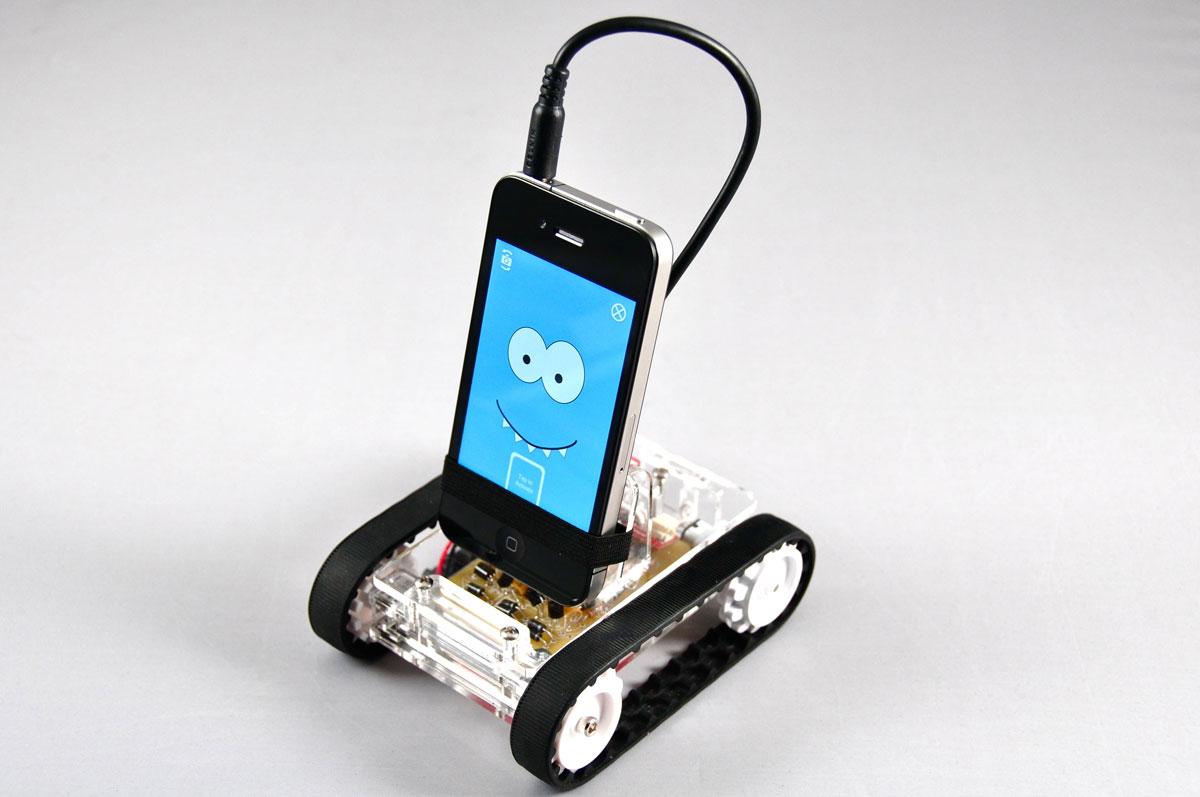 Las Vegas start-up, Romotive had an idea. Fascinated by robots when growing, the techies behind the young company felt that small personal robots in this modern world could be possible and with that, they have merged the childhood fantasy with the very common personal possession of today’s world – the smartphone.

This small wheel operated robot is controlled by your smartphone, whether Android or iPhone, and is customisable your own preferences, however small or ambitious they are.

The Romo’s idea was born from a childhood fascination with robots, explains CEO Keller Rinaudo, who is now seeing the vision of his and his partners’ come to life. “We grew up watching movies with amazing robots,” he says. “Unfortunately they suck today.  They’re either cheap plastic toys that break or they cost $5 million dollars. That’s a huge gap. There needs to be one that’s affordable that can do normal things.” Romo comes with many new edgy features that make it a little more than a mere gadget. With face recognition technology, your robot can be moulded into your own personal companion and with time, your Romo will pick up on objects around them frequently and be able to determine their whereabouts.

The guys at Romotive even encourage hardware hackers to play around with their robots, finding new and innovative uses for the hardware. Romotive only ask that you share your breakthroughs with them via their online forums, fostering a community of users.

It took a long time for Romotive to be taken seriously by their peers and, most importantly, investors. Often dismissed as a non-essential toy in the early days, it wasn’t until one investor brought his nine-year-old son along to a meeting one day and became instantly enamoured with their device and what it could do. An appearance at Demo Day also got more people interested in the small operation, and now Romotive has $1.5 million raised in investments, with interests including Nokia, Microsoft and TechStars.

Romo costs in the region of $150 per robot. However, to really use Romo to its full potential, you need two smartphones – one to sit on the robots dock and the other in your hand to control it. So, in the company of friends, Romo can potentially come truly to life or as Romotive recommend, when you decide to upgrade, hold on to your old model too.