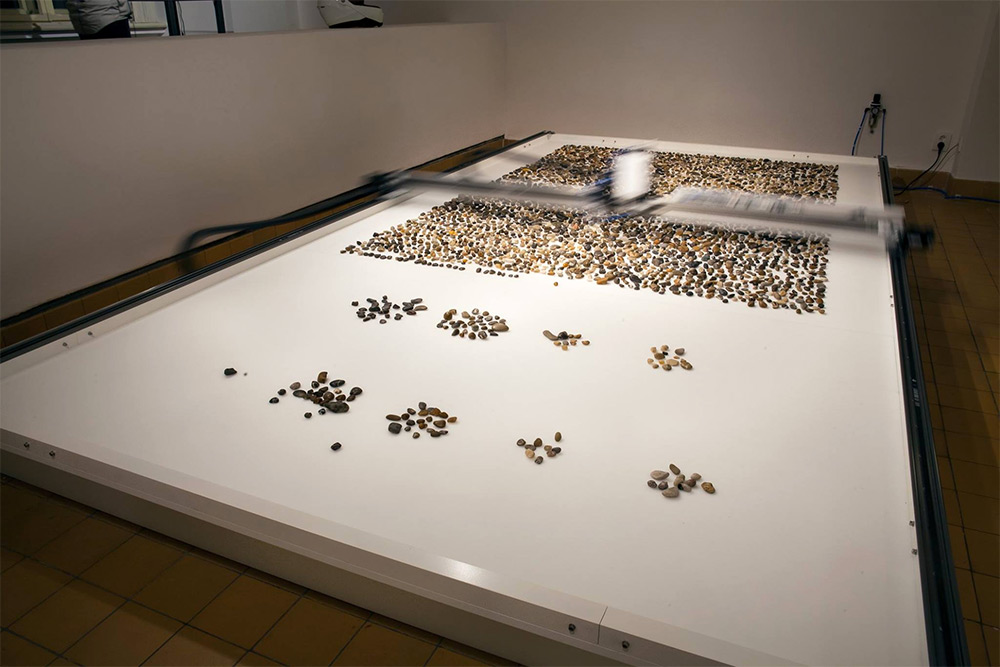 The first thing that comes to your mind when you hear rock sorting robot… GO!

For me, it was MEH; I’ve seen plenty of robots do plenty of cool stuff.

But I’ve got to admit, the rock sorting robot in the video below, a product of a couple of artists collaborating with the Czech-German Future Fund, is fascinating in its own quirky way.

Watching it makes me nostalgic about my childhood first of all because who didn’t have a rock collection at some point in time growing up?

The collecting part was fun, but the brainpower involved in properly sorting and storing the rocks was lost on young me.

Welcome to 2016, where we now have a vacuum robot named Jller that is capable of sorting rocks from “any river” by geology thanks to its computer vision.

Essentially, Jller can separate the rocks by studying and differentiating the surface texture, grain, and composition of each stone.

Prepare to be mesmerized: