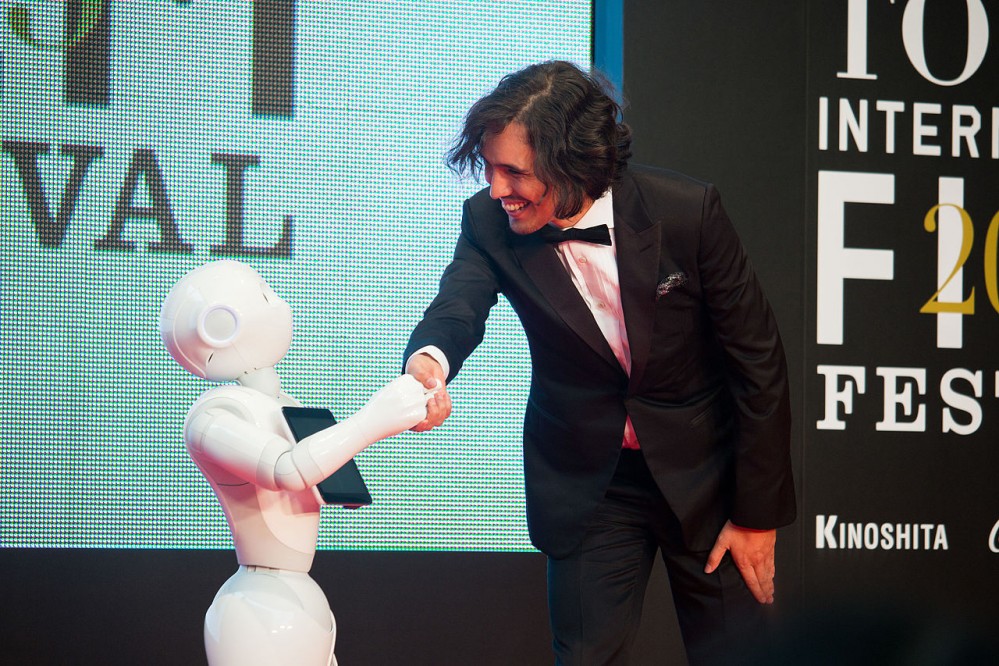 At the recent Consumer Electronics Show (CES) 2017, a learning robot named Pepper from Softbank, was introduced. Pepper is special in that (s)he reads human emotions. The concept of emotional intelligence was popularized in 1995 by Daniel Goleman who argues that the ability to read emotions is as important to success in life as the Intelligence Quotient (IQ).

Some might argue that it’s ironic that as humans become more obsessed with their technology and less involved with other humans, the average human emotional intelligence quotient will decline while robot emotional intelligence will be going up. Japan, in particular, has been out front in creating emotion-reading robots. The primary reasons include the rapidly aging Japanese population coupled with a smaller working population. As Japan does not favor immigration, the only solution is robots like Pepper who can read emotions and help the aged.

Another interesting robot, Ocado, is being developed to pick and pack fruit and vegetables, an activity currently carried out by hundreds of thousands of human workers at warehouses worldwide. Ocado also believes it’s robot will soon be in supermarkets to pick, pack, and deliver groceries to houses and restaurants.

But the big breakthrough currently underway is the ability of robots to learn from each other and computer games. Research scientists at Darmstadt University are working with Intel on a project to explore how Grand Theft Auto can teach autonomous cars to drive. The team is using machine learning that extracts landscape and driving data and “teaches” robots or autonomous cars how to drive.

The ultimate accomplishment would be to teach robots to learn in ways similar to human babies who learn a great amount through learning by doing. Through trial and error, human babies are able to learn what works and what doesn’t and remember it for the next time. They can also apply concepts or experiences they have learned to new situations. Recently, Google invested $1.5 million on research on robots that learn by doing.

In the following video, a line of robots learn grasping by sharing their hand-eye coordination.