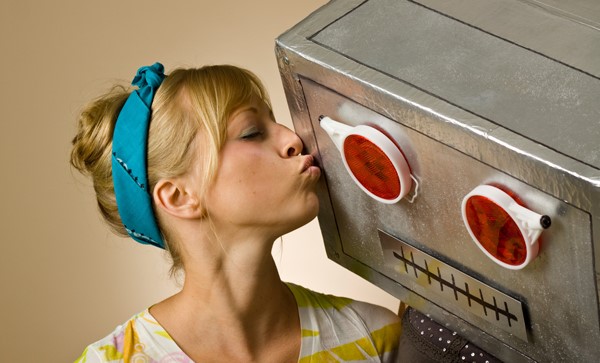 People are living longer. In 1956, a 60-year-old British female retiree had a life expectancy of just under 20 years; by 2010 that had extended further by an additional 12 years. A U.S. male born in 1950 might hope to reach his 66th birthday while his 2010 counterpart can reasonably expect to enjoy at least a decade more.

A recent report by the International Longevity Centre noted that although today’s seniors are healthier overall, there are rising levels of illness. In 2012, 14 percent of those over the age of 50 had a serious illness, down from 16 percent in 2002. However, illnesses among the 80 to 84 age group is rising, with 31 percent having a serious illness, up from 26 percent only a decade ago.

Hiring care for ailing seniors is expensive, and healthcare costs promise to outstrip tax revenues – a problem compounded by a diminishing workforce. Recent developments in technology promise a new generation of “cyberconscious” robots that take on the well-being of seniors from human caregivers, including the ability to determine mood and strategies to alleviate boredom.

The ratio of employees to retirees is declining in wealthy nations. The Economist states that in 1970 in the U.S., 5.3 workers supported every pensioner; by 2050, that number will drop to 2.6. In Japan for the same time period, the ratio is forecast to drop from 8.6 to 1.2.

Seniors prefer to accept routine treatment at home by trained caregivers rather than in hospitals by expensive medical professionals, but the problem is an acute shortage of caregivers. The U.S. Bureau of Labor Statistics forecasts that demand for at-home caregivers is expected to jump 48 percent, while the number of caregivers will rise just 1 percent.

Robots could step (or roll) in to at least partially replace human caregivers. A robot can remind patients to take their medication and provides company. Robots could assist with tasks and facilitate communication via Internet videoconferencing. For this to work, the interface with the robot must be intuitive and the robot trouble-free. The first generation of robots is already roaming the home: over 8 million iRobot home robots have been sold worldwide. The Massachusetts Institute of Technology’s (MIT) spin-off, a vacuuming robot called the Roomba, was among the first to make practical robots a reality.

But robots that can provide meaningful assistance to an aging population are taking a little longer to evolve. The first generation of caregiving robots has been under development for some years. However, while early home-care robots perform a useful task in keeping relatively healthy seniors in touch with families and medical staff, they fall far short of what’s needed to look after infirm elderly who are suffering from brain degeneration, diabetes, heart disease, and cancer.

Challenges remain because there is only so far this can be taken before that robot enters the so-called uncanny valley, a place where the machine has a face that is very humanlike, but not enough to be mistaken for a real person. The result is typically creepy or even the stuff of nightmares (in the same way that zombies are frightening).

To develop a meaningful “relationship” with a human, a robot needs to be able to detect a person’s mood and react accordingly. This is particularly important in the home-care sector where a lonely senior may be frequently unhappy due to discomfort or loneliness. The robot will need to pick up on this negative demeanor through visual cues such as tears and downturned mouth, audio signals such as extended silence or barely audible speech, and even physiological signs such as lowered temperature and raised blood pressure.

Robots have some way to go before they can begin to match even some of the home care presently provided by humans. But the rewards for targeting the rapidly expanding over-65 age group is encouraging rapid development.