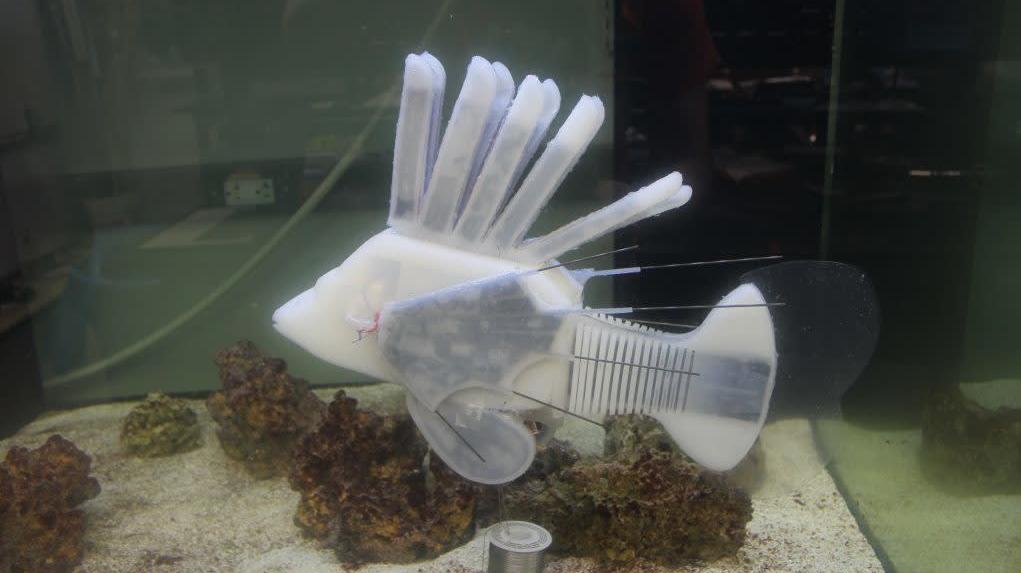 A team of engineers at Cornell’s Organic Robotics Lab has created a soft robotic lionfish that is powered by its own artificial circulatory system.

Main challenge in robotics is to make them perform for extended periods of time without having to recharge.  Normally, robots are powered by batteries, which increase the weight of the robot that requires more power to move. The robotic lionfish is powered by blood-like compound, which serves as an energy source and provides propulsion as well.

The robotic lionfish is 40 cm (16 in) long, and made of molded silicon. The synthetic blood used in these lionfish robots allow it to store 325 percent more energy than if it was carrying a separate battery pack.

These robots could prove to be very helpful in missions like deep sea exploration and rescue missions. Moreover it is an impressive effort to create more autonomous, life-like robot.

James Pikul, a co-author of the study and a researcher at the University, said, “We realized that the operation time of most robots is very short before they have to recharge, on the order of tens of minutes, yet humans can operate for days without eating,”

“We wanted to solve this problem by finding ways to store energy in all the components of a robot. This robot blood is our first demonstration of storing energy in a fluid that is normally only used for actuation.”