Did you know that over 10 million tonnes of plastic waste enters the sea each year? Only one percent of it that floats on the ocean surface is visible to us.

Plastic debris is in all shapes and sizes. Those which are less than five millimeters in length are called “microplastics.”

An international research project has found the highest levels of microplastic ever recorded on the seafloor. They discovered up to 1.9 million pieces of microplastics in a single square-metre of the ocean’s floor in the Mediterranean.

These currents results in large accumulations of microplastics in certain locations known as “microplastic hotspots”. 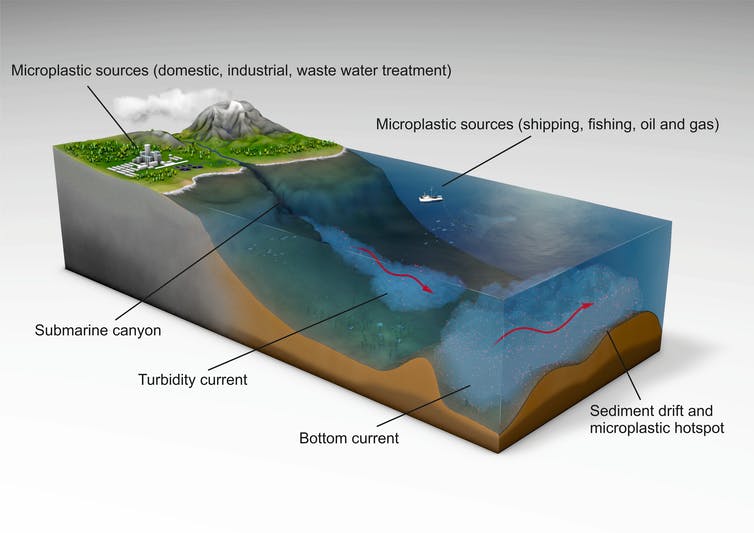 Once plastic debris has broken down and sinks to the ocean floor, currents sweep the particles into vast drifts. (Ian Kane, Author provided)

Ian Kane, the study’s lead author at the University of Manchester, said, “Almost everybody has heard of the infamous ocean ‘garbage patches’ of floating plastic, but we were shocked at the high concentrations of microplastics we found in the deep seafloor,”

“We discovered that microplastics are not uniformly distributed across the study area; instead, they are distributed by powerful seafloor currents which concentrate them in certain areas.”

According to the researchers, the amount of accumulation of plastic is so high that it has essentially become part of the ocean floor.  They warn that this accumulation is posing potentially devastating threat to biodiversity.

McLaren Not Interested In Honda Supercar Engines… Executive Says “We Are An Independent Company.”