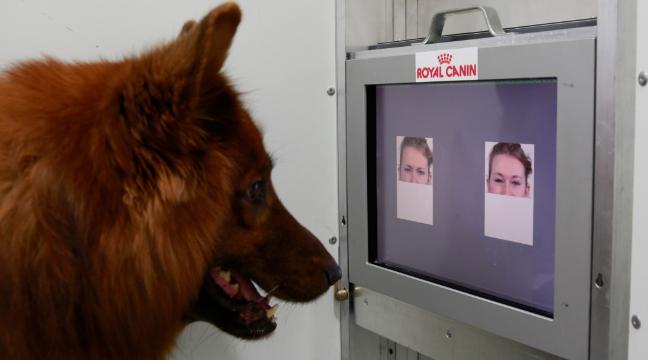 Scientists now think that they know why dogs are referred to as man’s best friend. According to a study, dogs can tell the difference between happy and angry human faces.

Researchers at the University of Veterinary Medicine Vienna trained dogs to distinguish between happy and angry expressions. During the training, dogs were shown only the upper or the lower half of a human face. They were then shown different images from the ones used in training.

The researchers demonstrated in a series of tests that dogs could accurately tell the difference not only for the people they knew but even for the faces they were seeing for the first time.

Dogs were trained in two separate groups. While one group was trained for choosing happy faces, the other group was rewarded for selecting angry faces. It was found that the dogs were able to pick the happy or angry face by touching the picture with their noses.

The researchers plan to continue their study of dogs’ abilities to recognize human emotions. They also plan to study if the dogs’ emotions are influenced by the emotions of their masters or other people around them.