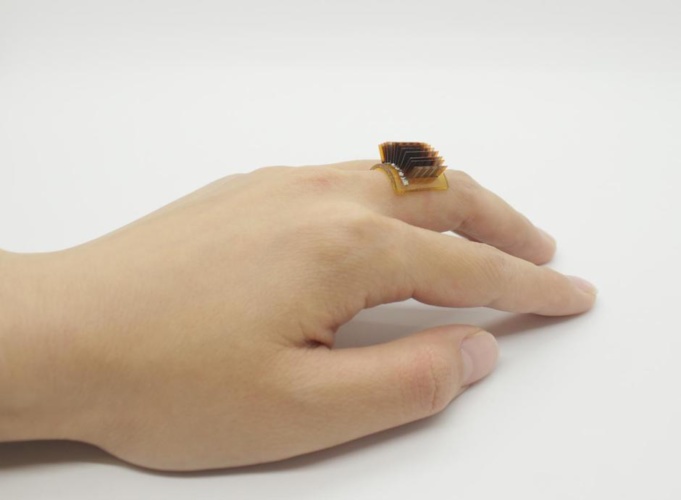 Researchers at the University of Colorado Boulder have converted the human body into a biological battery that can drive electronics. They have developed a low-cost wearable device that generates power from a user’s body heat.

This innovative device is made up of a stretchy material called polyimine. It can be worn with any accessory that touches the skin like a ring or bracelet.

Science behind:
The device works by tapping the difference between a wearer’s natural body heat and ambient air. The device converts it into electricity using thermoelectric generators.

This eco-friendly device can generate one volt of energy for every square centimeter of skin it covers. According to the researchers, the power generated is enough to power electronics like watches and a heart monitor for runners. The device costs less than $10.

Although, scientists have experimented with similar thermoelectric wearable devices earlier also. But this one is stretchy, can heal itself when damaged, and is fully recyclable.

“If your device tears, for example, you can pinch together the broken ends, and they’ll seal back up in just a few minutes,” researchers stated. “And when you’re done with the device, you can dunk it into a special solution that will separate out the electronic components and dissolve the polyimine base—each and every one of those ingredients can then be reused.”