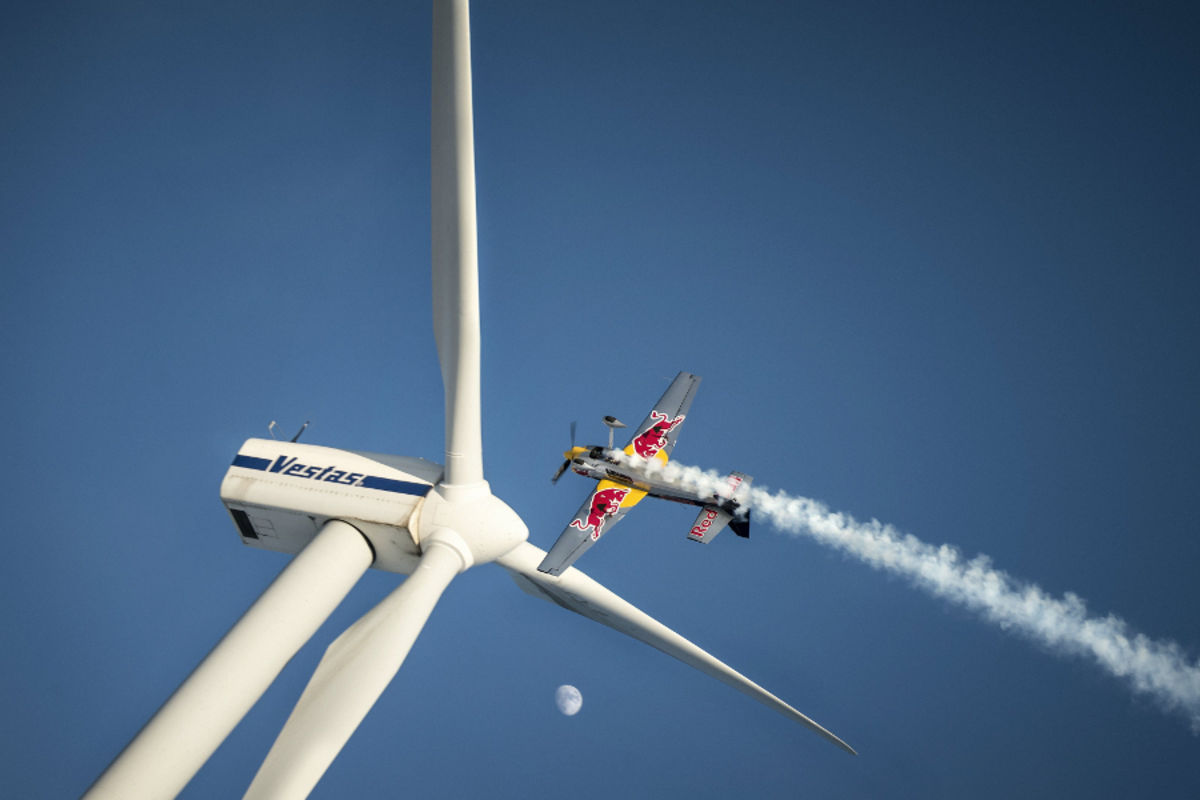 In an effort to promote the Red Bull Air Race series, Red Bull has once again resorted to what it does best…making viral videos.

In the race series, pilots show off their skills by maneuvering around large inflatable pylons in small, single-engine stunt planes.

However, when it comes to dodging wind turbines, one cannot afford to make a mistake, and especially at speeds close to 200 mph.

If racing through an Austrian wind farm sounds like an odd location choice for Red Bull, take into account it’s all calculated.

The next Red Bull Air Race takes place at nearby Spielberg, Austria next month.

When it comes to flying very close and fast to 230-foot high wind turbines, here is what Hannes Arch had to say:

“Every second, you have to be perfectly clear in your mind that you have wind turbines in front of you and need to know precisely what you’re going to do next.”