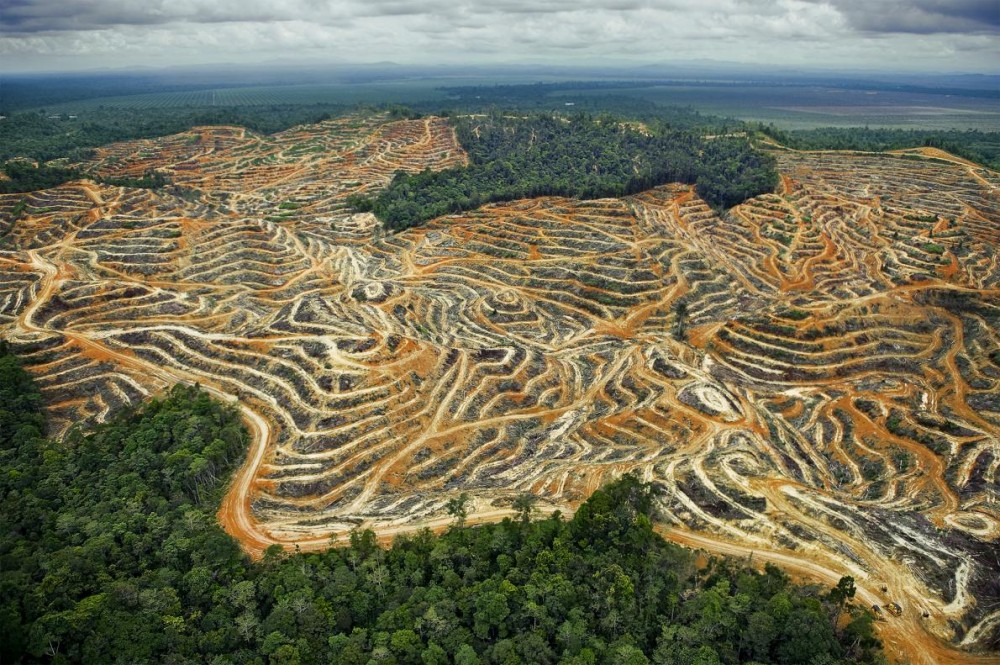 We all rely on tropical rain forests for fresh water, clean air, and a stable climate. Unfortunately, due to globalization, urbanization, and a global economy that creates unsustainable amounts of pollution and garbage, rain forests are under threat, and so is all life on earth.

A new report released last month by The Club of Rome, “On the Edge: The State and Fate of the Worlds Tropical Rain Forests,” includes an analysis of the current state of the world’s tropical rain forests that harbor a great portion of the Earth’s biodiversity. A 384-page book of the same title is available on Amazon.

The Club of Rome was founded in 1968 and is an informal association of independent leading scientists, engineers, politicians, and business leaders who take a long-term view and a systematic interdisciplinary approach to solving the world’s problems. The Club of Rome evaluates alternative scenarios for the future, assesses risks, identifies choices and opportunities, and develops proposals for practical solutions.

This year’s expert forum on the state and fate of the world’s tropical rain forests took place on July 2, 2015, in Zürich Switzerland.

The following image shows rainforest loss by country in square miles between 2000-2012: The full summary of the meeting is provided below, and the full report can be accessed on the Club of Rome website:

Tropical rainforests matter. They matter not only in and of themselves. They matter if we care about biodiversity, about climate change and about the future of the planet. These were the key messages from the Expert Forum, held at the Swiss Re Centre for Global Dialogue, on a topic which has struggled to make headlines in recent years.

Despite the massive implications of tropical deforestation, the topic has sunk in recent years on the global radar. When it has entered dialogue, it has been in terms of a carbon sink. This is undoubtedly of great importance, but neglects to capture the overall nature of the dimensions of deforestation, according to biologist and former head of the World Wide Fund for Nature (WWF), Claude Martin.

One of the great challenges with assessing forest area has been the definition of the rainforest to provide a basis of comparability. A rainforest can be described as a tropical woodland which experiences no more than two months of drought conditions consecutively. Original rainforest, prior to substantial elimination by mankind, accounted for a geographic area roughly the size of Russia. Around half of this original forest remains in its primary intact state. Another quarter represents degraded or fragmented forest.

Nonetheless, destruction has been significant. Madagascar, the Brazilian Atlantic forests, Malaysia and Indonesia have faced serious deforestation over previous decades. Current hotspots of deforestation include a number of islands of Indonesia and the southern flank of the Amazon in Brazil. During the 1990s the annual global deforestation stood at around 0.5% of remaining stocks per annum. That rate fell slightly into the 2000s. Asia was notably above the global rate, almost entirely accounted for by logging and commercial in plantations in Indonesia and Malaysia.

Around 50% of the land cleared by deforestation is used by commercial agriculture; a further 30% is cleared for subsistence agriculture. The largest culprit has been the conversion of land in the Amazon basin for cattle ranching and soyabean plantation (most of which is used in animal feed). Land is frequently cleared by fire, timber not used, contributing to a very high CO2 footprint per production unit. A clear correlation between deforestation and meat production has been visible. It was broken in the Brazilian Amazon in 2004; although that is partly a result of displacement of forest conversion to outside of the Amazon. While meat demand and consumption continues to increase, most notably in China, there will be pressure on tropical forests.
In Indonesia and Malaysia much of the forest being cleared has been turned over to palm oil production. The large palm oil producers are eying land elsewhere. The impact of the relatively high rates of deforestation in Indonesia are particularly striking, as there is much less original forest left than in Brazil. The Indonesian government has stated it will act to contain palm oil plantations at the expense of intact forest, but the results have yet to be telling. In Africa, by contrast, the deforestation pattern has been more focused on subsistence agriculture, developed along transportation corridors.

Logging is not a major cause of deforestation, but it is the main source of rain forest degradation. Only few timber species have commercial value, forests are therefore selectively logged. But selective logging does not necessarily amount to sustainable logging. Only around 7% of logged areas are certified to be truly sustainable. Degradation and greater fragmentation of rainforests breaks certain ecological links, and results in losses of biodiversity.

Deforestation is a huge carbon emission source. But it affects climate change in other ways. Rainforests act in effect as a giant sponge, and they are major sources of evapotranspiration. The more the sponge capacity is removed, the longer droughts will become and rainforests may actually become a source of carbon emissions in particularly dry years.

There are a number of positive developments to protect the rainforest. Over half the Amazon basin is now under official protection; and many countries have enforced land ownership rights of indigenous peoples, which is often an effective deterrent to mass forest clearing. However, the need for a common goal to maintain tropical rainforest coverage is pressing and current.

Andreas Schraft told the audience why Swiss Re has an indirect, but strong interest in rainforests. Rainforests are an important component of a stable eco-system; and without a stable ecosystem, it becomes harder for re/insurers to build accurate climate models, essential in pricing property and casualty risk. Moreover, continued deforestation threatens to be a significant cause of climate change.

With increased climate change will come an increase in weather-related disasters and a rise in sea levels. Both of these threaten growing towns and cities, located primarily on rivers and coasts. This is particularly the case in high growth Asia, where huge concentrations of wealth are vulnerable to flooding from their hinterlands as well as from the sea.

Protecting tropical rainforests is therefore a means of protecting people. An alliance of private and public sector interests will be key to accomplish this. It is not an easy coalition to build, but Claude Martin’s book is a valuable tool in helping to bring this about.

New Ford GT Supercar Will Feature a Windshield Built With Gorilla Glass
Watch The Future Of Naval Warfare, “The Ghost”, Fly Through Water With Ease