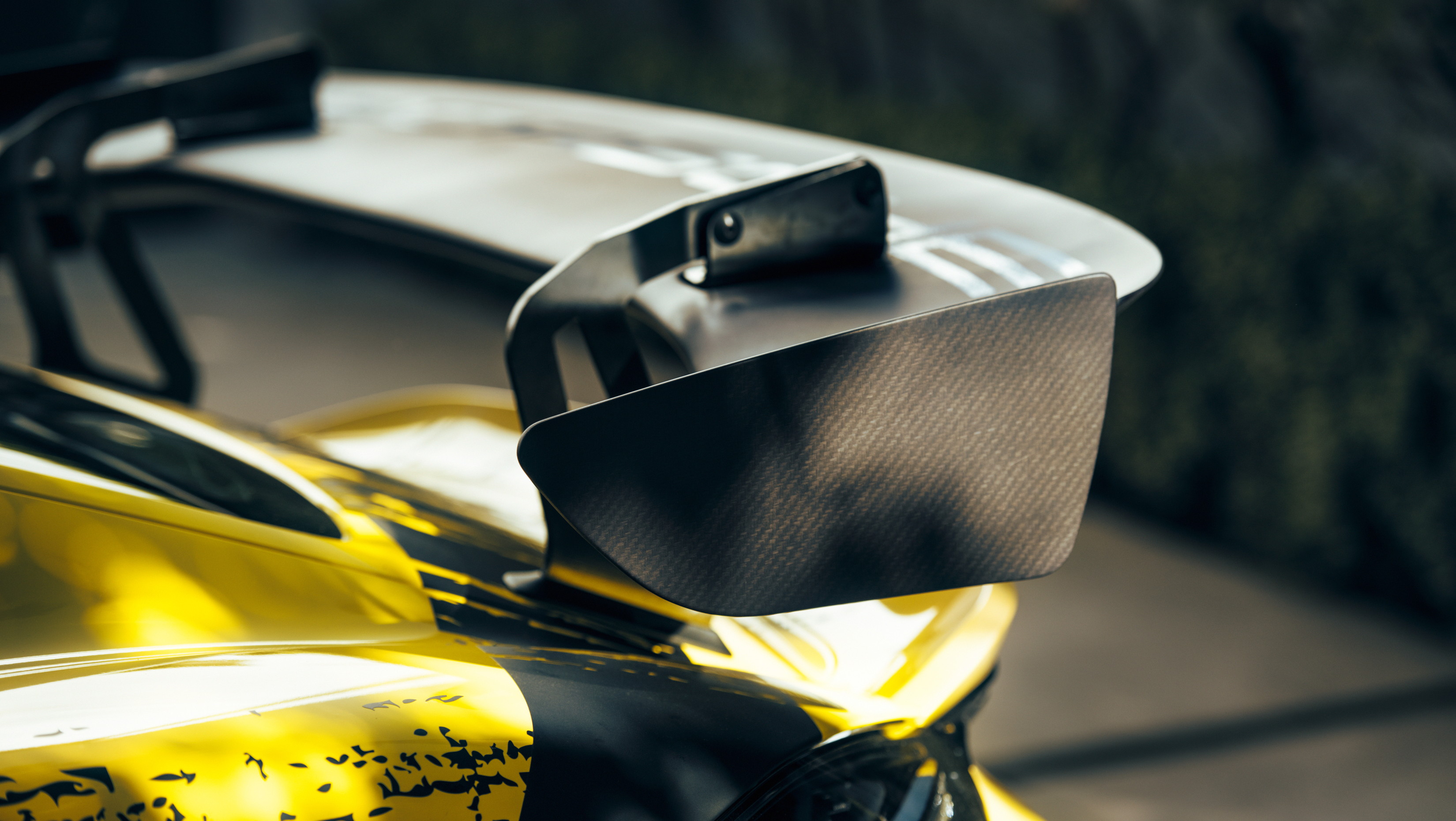 Flax is a plant that’s very popular nowadays as healthy food, with many benefits such as reducing the risk of heart disease, stroke, cancer, and diabetes. But here we will talk about another use of flax that may change the automotive industry as we know it. Enter the “natural fiber” – a new composite material made from Porsche.

The natural fiber is almost entirely made from flax and works as a substitute of carbon fiber, with low weight and high strength and rigidity. Put the asterisk on “almost” here. According to Porsche, the new material made from flax is a little bit heavier and not as strong as carbon fiber. This means that it can’t be used for the body, but it can still be used for things such as doors and wings.

That’s exactly how Porsche used natural fiber in their new enthusiast-oriented Cayman GT4 Clubsport model. Depending on the part, Porsche used several different manufacturing technologies. For example, the side doors are made of an organic fiber mix sourced from flax and hemp, using a resin transfer process. The wing, on the other hand, is made with a pre-impregnated process and a balsawood core.

Of course, the question you’ll ask now is why bother producing it, when carbon fiber is already proven and almost a staple in the automotive industry? Well, unlike its counterpart, natural fiber is sustainable. According to Eduard Ene, who is the composites expert at Porsche Motorsport, it takes 75% less energy to produce natural fiber than carbon fiber, and it can be reused for different purposes afterwards.

Natural fiber has another property that makes it a more desirable material than its artificial counterpart and that’s better vibration dampening. This is very important for sports cars that are going to be used on the track. If you’ve watched any racing series, you’ll know that carbon fiber shatters after an accident, which leaves a lot of dangerous debris on the surface. Natural fiber made from flax and hemp, on the other hand, breaks into larger pieces, which makes it easier to remove from the track.

While we are talking about track use, the Cayman GT4 Clubsport comes in two different editions – Trackday and Competition. The former is made specifically for amateur enthusiasts and comes with fixed shock absorber setup, while the latter is aimed towards professional racing and comes with shock absorbers that can be adjusted in three stages, and bigger 115-liters fuel tank. Both models are equipped with a 3.8-liter flat-six engine that produces 425 hp, and they are not homologated for street use. Deliveries of the Cayman GT4 Clubsport start this month, with prices ranging from 134,000 euro for the Trackday version, and 157,000 euro for the Competition version. Let’s hope that after using it on their racing-inspired models, Porsche will begin to put natural fiber in their more civilized models.

10 Common Mistakes That Executives Make With Their Executive Assistants