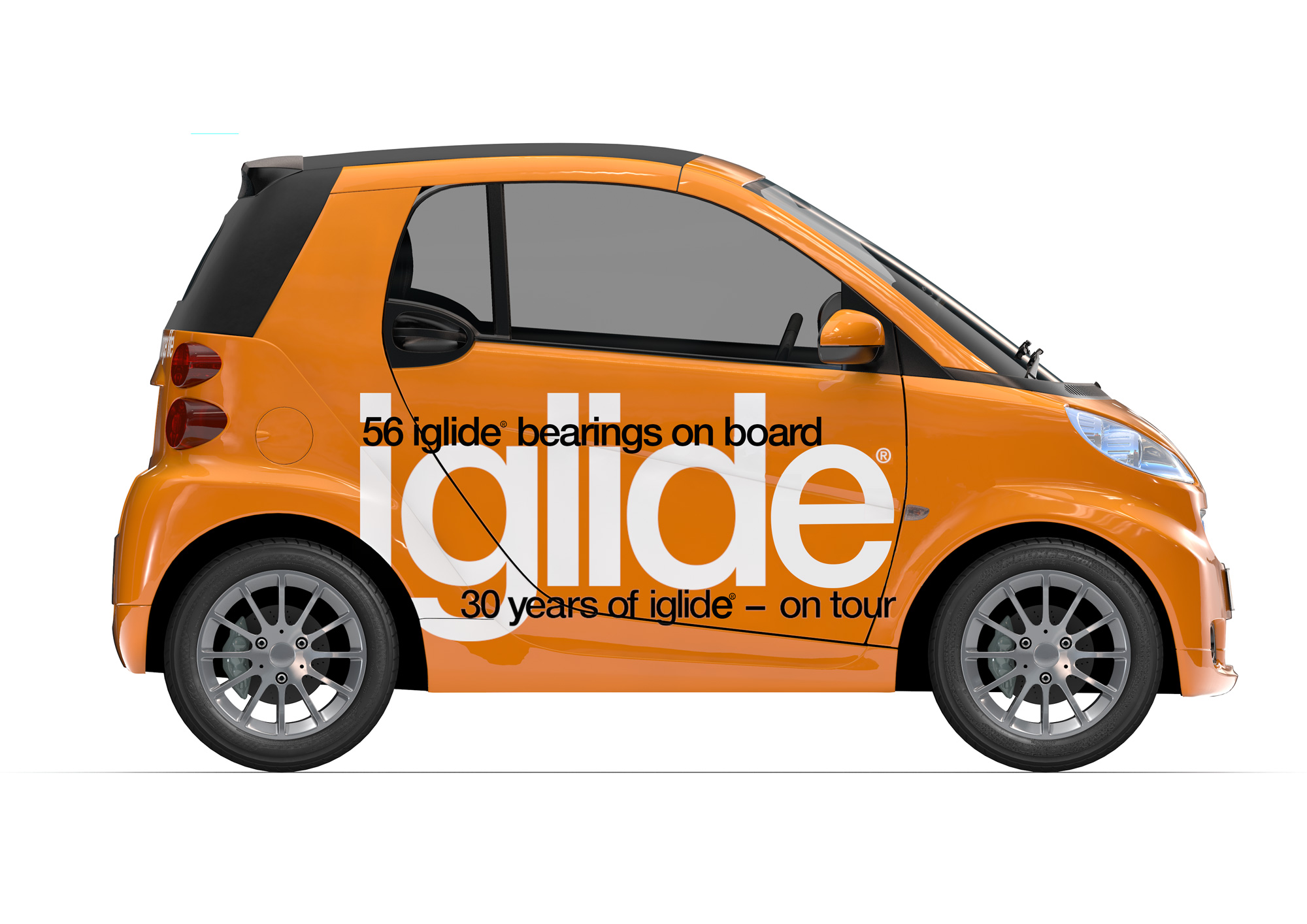 To celebrate 30 years of manufacturing and distributing their line of iglide plastic bushings and bearings, igus has thrown down the gauntlet to showcase the benefits of plastic bearings. It is a challenge that will take them around the world in a customized car, which has been retrofit to replace 56 metal bearings with iglide plastic in a variety of applications.

The trip has been designed to showcase the bearing technology over 65,000 miles of driving. The world tour has started in India, and will continue on to China, Japan, South Korea, Brazil, the United States, Canada and a variety of countries throughout Europe, stopping along the way at igus subsidiaries, partners, customers, and trade shows, connecting igus worldwide. The car’s final destination will be in Germany at the 2015 Hannover Fair, where it will be publicly stripped to show how the bearings fared the trip. The igus® car stripped down to be retrofit with iglide® plastic bearings.

igus’ world tour aims to show that they have been an integral part of the automotive industry – among countless others – for years with their industry-leading plastic technology. We’re told that 200 million iglide bearings were installed in cars last year alone – and that’s only one place they’re being used.

Since the first iglide bearings were introduced 30 years ago, they have been used in applications as varied as roller coasters, potato planters, therapy couches, bottling machines, conveyor chains, prosthetic limbs and artificial knee joints. Their strength and durability have made them the top choice for industries ranging from agriculture to woodworking; packaging to aerospace engineering.

Plastic bearings cost and weigh less than their metal counterparts, and they often run longer in harsh environments and under adverse conditions. Bearings made from igus’ special tribologically-optimized plastics are often an economical, lubrication-free replacement for needle, ball, and plain metal bearings. Despite their advantages, plastic bearings are still fighting an uphill battle for respect among the engineering community.

On IndustryTap, we’ll be following the progress of the igus car on its journey over the next 9 months. We wish them all the best and look forward to seeing what challenges they conquer on the way around the world. We’ll also wait in anticipation for the reveal at the Hannover Fair, and to see how the bearings have lasted. I’ve got a feeling that with 30 years under their belts manufacturing plastic bearings, they are going to prove to the world what they’ve known for 30 years: that plastic bearings really can outperform metal. Sascha will drive with the car across India, China, Korea, Japan, Brazil and throughout the US and Canada, before returning to school in the fall. Behind the wheel of the iglide® car, we will receive daily updates and pictures from around the world.