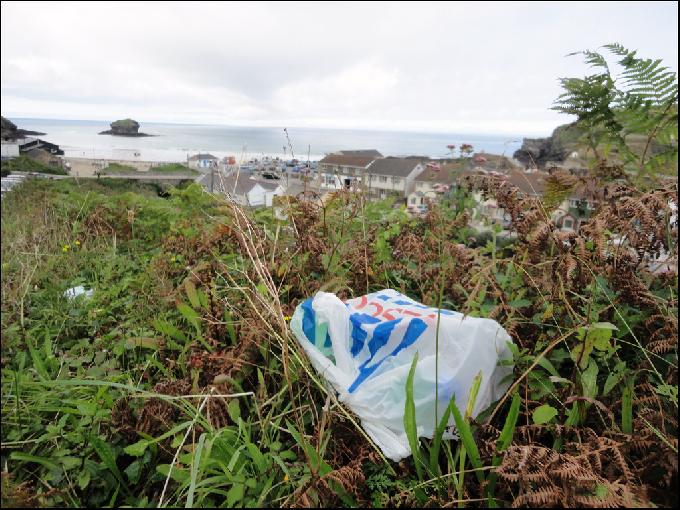 Photo by bazzadarambler / CC BY 2.0

While it’s possible to recycle some of them into other plastic products, only less than 5 percent of plastic grocery bags are currently recycled. Now these plastic bags, which we just throw away, might be the future of  nano-technology through nano-technological recycling.

Scientists at Australia’s University of Adelaide have utilized these waste materials to produce high value carbon nanotubes that could provide a potential solution for minimizing environmental pollution. Researchers in the University’s School of Chemical Engineering have grown the carbon nanotubes in pores on alumina membranes. They used pieces of grocery plastic bags, which were vaporized in a furnace, to produce carbon layers that line the pores in the membrane to form a tube (the carbon nanotubes).

Carbon nanotubes are tiny tubes about 10,000 times thinner than a human hair. Tens of thousands of the tiny tube-like structures can fit inside a human hair. They are hundreds of times stronger than steel, but six times lighter. Their unique mechanical, electrical, thermal and transport properties offer exciting opportunities for R&D in various industries like electronics, sports equipment, long-lasting batteries and wind turbines. As we previously covered on IndustryTap, carbon nanotubes have even been used to build a computer.

This research enables the transforming of one of the world’s most troublesome materials into one of its most advanced substances. So the next time you’re asked, “Paper or plastic?,” you may not have to feel so guilty about skipping the brown paper bags.