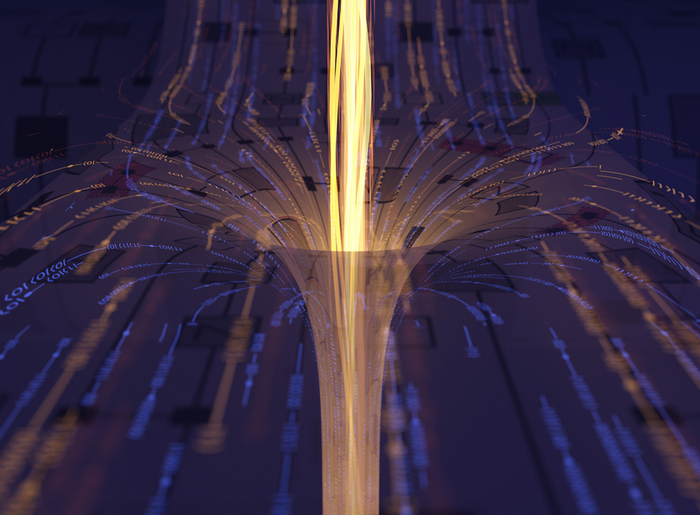 For the first time ever, scientists have created a holographic wormhole inside a quantum computer. Researchers used Google’s Sycamore quantum computer to simulate a simplified wormhole and sent a message through it without disrupting space and time. Researchers foresee this will potentially pave the way for more teleportation research.

Although they didn’t make a physical wormhole, researchers are still very thrilled with their technical achievement.

This innovative experiment will help researchers study the ways theoretical wormholes and quantum physics interact. It could also help in solving some of the most difficult and puzzling parts of science.

But what is a wormhole?

In 1935, Albert Einstein and Nathan Rosen described wormholes as a type of tunnel that leads from one place to another by passing into an extra dimension of space.

“These ideas have been around for a long time and they’re very powerful ideas,” the study’s co-author Joseph Lykken said. “But in the end, we’re in experimental science, and we’ve been struggling now for a very long time to find a way to explore these ideas in the laboratory. And that’s what’s really exciting about this.”

Maria Spiropulu, a co-author of the report, explained that the “holographic” tunnel has the characteristics of a “baby wormhole”. If all goes as per their plans, researchers will move on to “adult wormholes and toddler wormholes, step-by-step.”