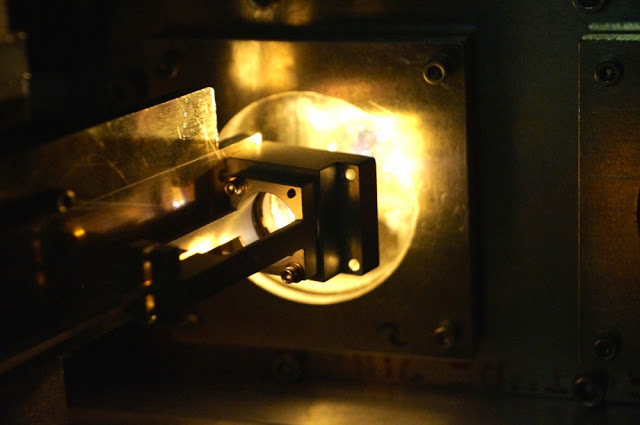 A program at UC Santa Barbara called Directed Energy System for Targeting of Asteroids and Exploration (DE-STAR) seeks to use lasers for stopping the rotation of spinning asteroids, thereby changing their course.

The UC Santa Barbara team, led by Gary B. Hughes, has been running laboratory tests to simulate conditions in space. Using basalt to simulate the composition of asteroids, the team directed lasers onto the basalt target causing it to glow white hot and erode material from the target. This process is known as “laser ablation.”

The end result was to alter the asteroid’s shape and mass while producing a propellant effect, changing the asteroid’s course. According to the team, “Our video shows the basalt sample slowing down, stopping and changing direction and then spinning up again. That’s how much force we’re getting. It’s a nice way to show this process and to demonstrate that de-spinning an asteroid is actually possible as predicted in our papers.”

In the experiment, lab measurements showed a conversion of laser energy to force of about 100 micro-Newtons per watt, or 10 kW per Newton.